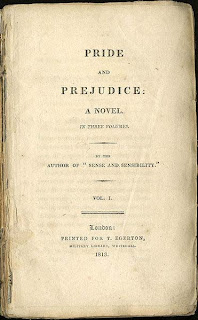 Pride and Prejudice is a novel by Jane Austen, first published in 1813. The story follows the main character Elizabeth Bennet as she deals with issues of manners, upbringing, morality, education and marriage in the society of the landed gentry of early 19th-century England. Elizabeth is the second of five daughters of a country gentleman, living near the fictional town of Meryton in Hertfordshire, near London.

Though the story's setting is characteristically turn-of-the-19th-century, it retains a fascination for modern readers, continuing near the top of lists of 'most loved books' such as The Big Read. It has become one of the most popular novels in English literature, and receives considerable attention from literary scholars. Modern interest in the book has resulted in a number of dramatic adaptations and an abundance of novels and stories imitating Austen's memorable characters or themes. To date, the book has sold some 20 million copies worldwide.

Read  Pride and Prejudice novel by chapter
via Online-Literature.com 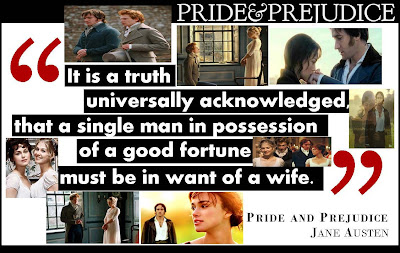 There are probably a thousand covers of Jane Austen's Pride and Prejudice novel since it was first published in 1813. These covers are just some of them that I've compiled here for this page. Take a look at them! Click image ^ to enlarge. 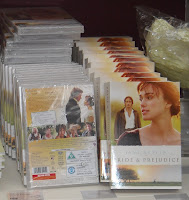 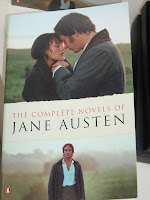 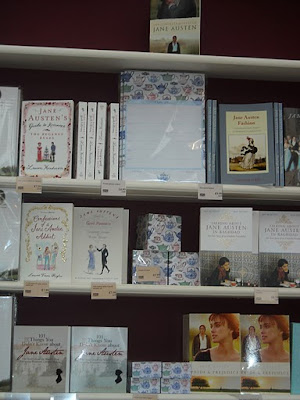 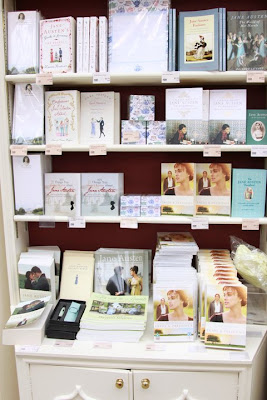 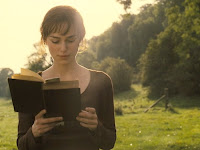 In People Magazine's December 24 Issue, in the Children's Books section, Keira Knightley herself was quoted as saying P&P as her pick of books she loved reading as a kid.

Star Picks: When I was a kid, I really loved reading...


"I think actually it was Pride and Prejudice. I was totally obsessed from about the age of 8 on."  - Keira Knightley

"Yeah, I was obsessed. My mom bought me all the Jane Austens on book tape when I was 7 and I used to listen to them on the loop, but my favorite was always Pride and Prejudice. And I had two dolls houses, one Longbourn and the other one Pemberley." - Keira Knightley

Also, the American Library Association's website has the Celebrity READ campaign section too which you can order/purchase the following...
Keira Knightley READ products:
How cool! Also, check out the KK READ campaign images below! 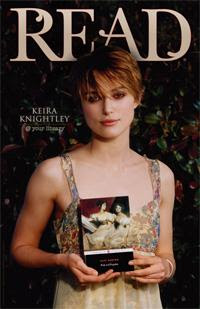 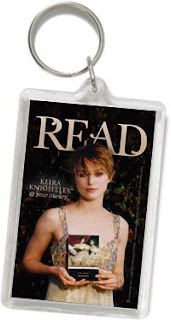 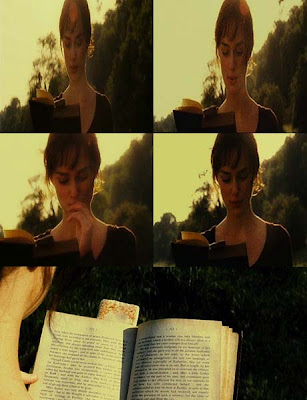 Here it is (again), the link to where you can listen to Matthew reading P&P novel. You can also download the podcast episode (for free) as well on iTunes (if you have one...if not, be sure to download iTunes to download and listen to MM!). I have downloaded this and transferred it to my iPod ever since I heard of this and have been listening to MM's Darcysexylicious voice everyday, lol. It's been fun listening to him read the P&P passage just before I go to bed like I'm listening to a bedtime story and his voice's just so beautiful and soothing to listen to. I even read along with my P&P novel (Chapter 34, pages 184-189) as I was listening to Matthew read.

Now you can read along too while you listen to him in the YT audio/videos below...
[source: EBD05]

or listen to MM and at the same time watch clips from his 2005 P&P film below...


Also, check out and listen to a recent interview of Matthew from The Carte Noire Readers on Classic FM:

Fresh from Cannes Film Festival, Matthew was interviewed about his reading the excerpt of P&P, why he read that particular scene (The First Proposal scene), if he has read the P&P novel prior to filming the P&P movie, his Sheriff of Notthingham role in Robin Hood movie, and his children, etc.

Pride and Prejudice novel in Amazon's Kindle and various e-Readers... 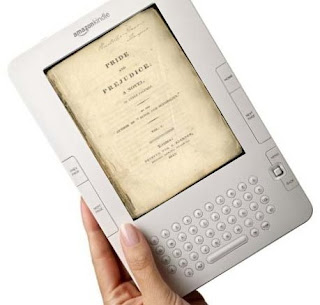 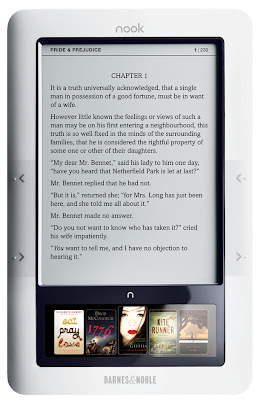 Read this related topic by Jenny Duke
over at The Bennet Sisters:
eBooks use Pride and Prejudice to sell themselves 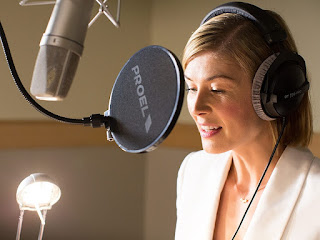 Rosamund Pike is revisiting her roots.

The Gone Girl star has teamed up with Amazon's audiobook division Audible to narrate the Jane Austen classic Pride & Prejudice, and PEOPLE has an exclusive first listen to the recording.

The clip below is from chapter three, when the curmudgeonly Mr. Darcy skeptically eyes protagonist Elizabeth Bennet at a ball. 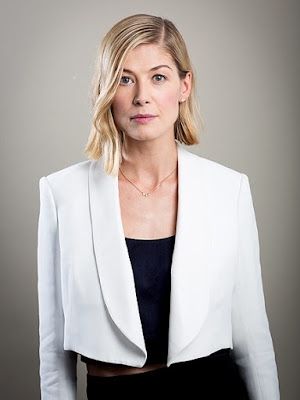 Between her delightful British accent and experience with the material (she starred in the 2005 film adaptation opposite Keira Knightley), Pike, 36, makes for an excellent, entertaining narrator.

Audible's Pride & Prejudice audiobook featuring Pike is available for preorder and will be released Dec. 8.

Watch: New Audible Interview with Rosamund Pike inside the studio as she reads Jane Austen's Pride and Prejudice!