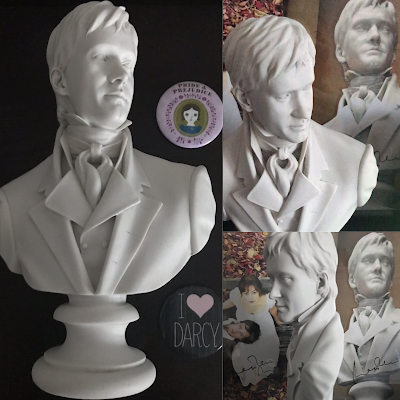 I previously posted about this here in 2015. I'm posting about this again here because guess what???!!! I finally have my very own miniature replica of the Darcy bust (yes, I finally bought one, which was actually my own birthday treat for myself)!!! I was going to share this here on my recent birthday (last April 9th), but it didn't arrived until almost a week later, lol. So, I thought I'd wait (when I actually received the delivery package from the UK) to post it here. Not too mention, I've been super busy lately that I've been unable to post about this until now. Also, I had to take a few photos and video to show and share it with you all here and to include more info. on where you can buy it for yourself (if you're interested in owning one, of course, which I highly recommend you do. It's a MUST buy and worth owning to add to your P&P movie collection or to gift someone you know who's also a big P&P movie/Darcy fan for a birthday or Christm…
Post a Comment
Continue Reading » 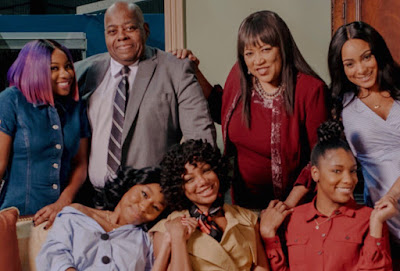 I posted here prevously last November 2018 about another new Pride and Prejudice adaptation for the small screen in 2019 with a few familiar faces in the ensemble cast. Lifetime (cable network) greenlighted a TV movie adaptation of Jane Austen's Pride and Prejudice aptly titled Pride & Prejudice: Atlanta, a modern contemporary take of Austen's timeless classic novel, based in Atlanta, Georgia with an all Black cast. The movie will premiere on June 1st at 8/7c on Lifetime.

Read more info. and watch the first look trailer (via EURweb) below...

Rosamund Pike's new short-form TV series 'State of the Union' to premiere May 6 on SundanceTV! 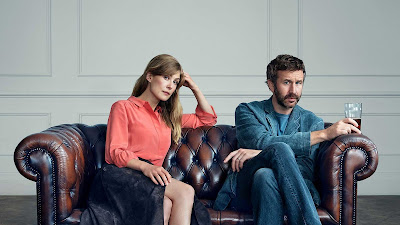 One of Rosamund Pike's upcoming TV projects State of the Union, shares a story about Louise and Tom who meet at pub right before their weekly martial therapy session. It's a short-form series comprising ten 10-minute episodes, starring Oscar-nominee Rosamund Pike and Emmy-winner Chris O’Dowd (Bridesmaids, Get Shorty). It'll premiere on Monday, May 6 on SundanceTV, Sundance Now and other digital platforms on the same day. Also, for the UK, BBC Two Acquires STATE OF THE UNION Starring Rosamund Pike.

Watch the preview trailer for State of the Union below and read more info. as well as see a few promo stills (above and below) about the series... 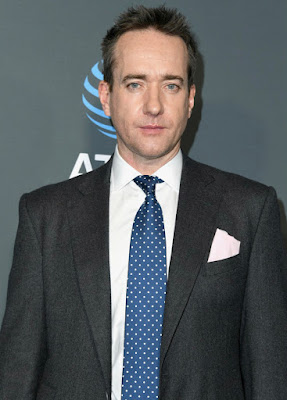 According to Deadline, Matthew Macfadyen (image via Getty Images) has joined the cast of the upcoming untitled movie based on a day and life of one of Harvey Weinsten's assistants. Matthew is said to be playing as a human resources executive.The movie is currently in production in New York. 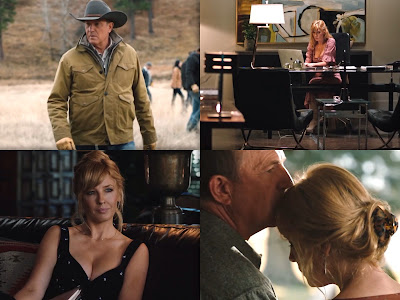 Kelly Reilly just recently posted on her Instagram account about the return date for Season 2 of her summer hit series Yellowstone, which she plays the badass Beth Dutton and co-stars with Kevin Costner (who plays her father John Dutton in the series). She also included the trailer in her second post. Season 2 of “Yellowstone” premieres on June 19, 2019 on Paramount Network.

Watch the Season 2 trailer for Yellowstone below...

Pride and Prejudice Quotes from Novel to Film (Chapter 49) 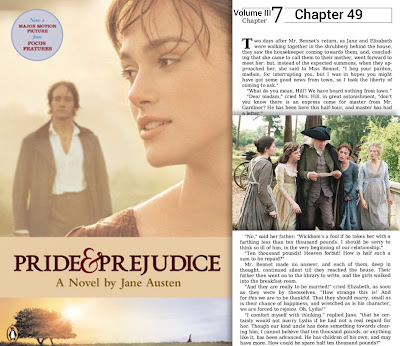 Continuing from my previous posts (Chapters 1-46), skipping Chapter 47-48, since there were no matching dialogues (from book to movie) in that chapter...and moving onto Chapter 49, which was about the Bennet family receiving a letter from Mrs. Bennet's brother Mr. Gardiner and hearing the news that Lydia has been discovered and will marry Mr. Wickham. Also, Elizabeth and her family assumed that it was Mr. Gardiner who was the one who helped with Lydia & Wickham's marriage arrangements.