Keeping it all in the P&P Family


In 2004 while on production for their Jane Austen adaptation of Pride & Prejudice, they all met and worked together for the movie, but neither couples (not that I've heard of or I could be wrong here, lol) were an item till after they finished filming P&P or during the promotion of the film in 2005.


Here are some photos of 2 real-life lovely P&P couples:

According toKeira Web, Keira Knightley's 2007 film, Silk has been nominated for Canadian movie technical awards, the Genies. It's up for Production Design, Costume Design, Sound, Cinematography and Score by Ryuichi Sakamoto. Winners will be announced on March 3rd.


As it virtually by-passed most cinemas, Keira fans will be interested to know that Silk will be out on DVD in North America on February 26th and March 3rd in Europe.
Post a Comment
Continue Reading »

Jena Malone made an appearance at SAG Awards with a blonde hair!

Jena Malone Central has some pics of Jena Malone at this past Sunday's Screen Actors Guild Awards (SAG) showing off her brand new blonde hair! She stepped out at the SAG Red Carpet along with Into The Wild co-star Marcia Gay Harden (pictured with JM below).

Check out the photos below:


Speaking of Into The Wild, it was nominated for 4 SAG Awards including Outstanding Performance by a Cast in a Motion Picture (which Jena was nominated along with her castmates). Check out more nominations and awards for Into The Wild (which include 2 Oscar Nominations) here. 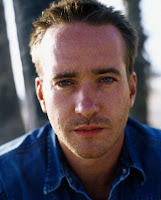 Following in the triumphant footsteps of Cranford and Sense And Sensibility, Little Dorrit tells the story of the Dorrit family and the rich array of characters they encounter on their way from rags to riches and back again. They confirm Matthew's participation in this 13 part series to be viewed in the fall of 2008 on BBC 1. Matthew Macfadyen (Spooks) is confirmed to play Arthur Clennam, with full casting to be announced at a later date.

Speaking of BBC, MM will also appear in BBC Series "Ashes To Ashes."

From the webpage of Hamilton Hodell and Matthew's agent Christian Hodell, Matthew Macfadyen is to appear in a Kudos Production/BBC spin off series from the popular "Life on Mars" series called 'Ashes to Ashes', airing February 2008 on…
Post a Comment
Continue Reading »


Capitol has graciously provided Topix/Matthew Macfadyen News fansite exclusive images of his upcoming role in the film Incendiary, directed by Sharon Maguire and also starring Ewan McGregor and Michelle Williams. It will be premiering at the Sundance Film Festival, running January 17 through Jan. 26, 2008.


Here are stills of Matthew:


Plus a few reviews for Incendiary from the Sundance Premiere:

It’s not about money, power, privilege or awards. It’s not even about sex. Total Film’s first annual ‘hot’ list is your exclusive insider’s guide to the trailblazers and talent who will shake movies in 2008.


23 JOE WRIGHT - DIRECTORTwo excellent Brit-lit adaps and an Oscar nom for Keira Knightley. But you’ve barely noticed him, have you? Because – like the greatest directors – Wright makes tricky tasks look easy.What’s next? Hollywood, baby. The Soloist sees Jamie Foxx as a schizophrenic, homeless musician chasing dreams of the LA big time. Did someone say Oscar?19

KEIRA KNIGHTLEY - ACTRESSPirates made more than $1bn and Atonement completely removed the stick out of the ‘she can’t act’ brigade’s hands (and jabbed it into their lower colon). Beautiful, talented and swears like a pissed navvy. That’s our girl...What’s next? The Edge Of Love with Sienna Miller, written by Keira’s mum…
Post a Comment
Continue Reading » 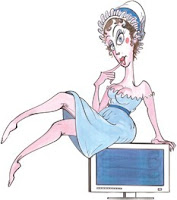 From The New Yorker:

For the next four months, Jane Austen will smarten up your living room.

The Oscar Nominations were announced earlier this morning and Atonement received another 7 nominations! *claps*

No Country for Old Men and There Will Be Blood let the pack with eight nominations. Atonement and Michael Clayton followed with seven nominations each.

BOO @ Oscars though , Keira Knightley, and James McAvoy were snubbed for their roles in Atonement ... not too mention Joe Wright was snubbed for his brilliant direction again.

Here are Atonement's 7 Oscar Nominations in the following categories: