Here are356 more new films (as well as a stage play and a short film) to add to the many films and other projects that P&Pcast/actors has worked with other than their P&P movie.


Tom Hollander + Jena Malone + Joe Wright (P&P and The Soloist director) in The Soloist (2009 film)Rosamund Pike + Judi Dench in Madame De Sade (a Stage Play to begin production in March 2009... see previously posted article here: Rosamund Pike bonds with Judi Dench in Madame De Sade)Keira Knightley + Carey Mulligan in Never Let Me Go (2010)Rupert Friend + Keira Knightley in The Continuing and Lamentable Saga of The Suicide Brothers (2009)
Matthew Macfadyen + Donald Sutherland in "The Pillars of the Earth" (2009)
Also, looking at 2 of Carey Mulligan's 4 upcoming films this year (2009)...she seems to be co-starring with 2 of the bigger actors that both Keira Knightley and Rosamund Pike have co-starred with in their…
Post a Comment
Continue Reading »

Rosamund Pike loved playing an airhead in her latest film.
The former Bond girl stars alongside Emma Thompson, Dominic Cooper, Peter Sarsgaard and Sally Hawkins in An Education, based on the novel by Nick Hornby.
Rosamund said: "The film that I am part of is set in the 1960s, set in 1962 written by Nick Hornby. We had a wonderful time making it and it's just become this hit at Sundance. It's amazing - I mean it couldn't have happened to a nicer film. I love Nick's work, he really makes me laugh.
"It was great because I get to play someone who is sort of a total airhead, I mean she is a really loveable ditz and it was just a lot of fun to do a comedy. I think it's one of those films that's hit the zeitgeist I think amongst a whole lot of rather ponderous films, it's just something that people can sort of think "oh I really enjoyed that, that's just what I want a bit of escapism."
Rosamund was speaking at the Costa B…
Post a Comment
Continue Reading »

Breakout Star: With two Sundance films, Carey Mulligan reveals herself to be the next Winona -- or maybe Audrey

Here's the latest and a very nice Carey Mulligan article and interview from The Salt Lake Tribune:

Park City » When you see Carey Mulligan's pixie haircut and easy smile in the Sundance Film Festival entry "The Greatest," you think you're seeing the next Winona Ryder.

But when you hear Mulligan speaking in her normal British accent -- in person or in her other Sundance drama, "An Education" -- you think you're seeing the next Audrey Hepburn.

Either way, the 23-year-old Mulligan is emerging as the breakout star of this year's Sundance.

Even without Sundance, Mulligan's career is taking off. In 2009, she will appear in Michael Mann's gangster drama "Public Enemies," starring Johnny Depp as John Dillinger and Christian Bale as Eliot Ness -- and she has a supporting role
in "Brothers," Jim Sheridan's remake of the acclaimed Danish drama about siblings torn apart by the Iraq War.


Here are Rosamund Pike's upcoming Film Projects for 2009...(according to imdb.com)


Check out new pics of RP in the following links:


Here's a bigger pic of Rosamund Pike from the Costa Book Awards held yesterday (on her birthday), which she was on the judging panel ...

According Just Jared, Keira Knightley shows off a bangin’ new do at the Chanel fashion show during Paris Fashion Week Haute Couture Spring/Summer 2009 on Tuesday (January 27) in Paris, France.

The 23-year-old actress wore a Chanel skirt, a sweater and studded shoes from the Paris/Moscow collection.
Keira was at the event on the invitation of designer Karl Lagerfeld, the man who cast her as the current face of Chanel’s Coco Mademoiselle perfume.

Fresh from winning 2 Sundance Film Festival prizes Saturday night (Jan. 24th) including a World Cinema Audience Award: Dramatic (An Education wins 2 Sundance Film Festival Awards), An Education has been getting rave reviews at Sundance too and I found 5new stills at AceShobiz.com, which was just recently released by Sony Pictures Classics (FYI:Sony Pictures Classics just bought the rights to “An Education,” a British coming-of-age drama set in the ’60s, for a reported $3 million, according to New York Times)

Rosamund Pike attends the tour of the Barnardo’s village, including the Dr. Barnardo museum and Children’s Church on January 22, 2009 in Ilford, England and was presented an ambassadors certificate by Camilla, Duchess of Cornwall.


Check out new pics of Rosamund below!


Camilla, Duchess of Cornwall (L) presents actress Rosamund Pike with an ambassadors certificate during a tour of the Barnardo’s village, including the Dr. Barnardo museum and Children’s Church on January 22, 2009 in Ilford, England. During the tour the Duchess met staff and ambassadors, presented ambassador certificates and attended a reception for supporters of the charity.

An Education won the 2009Sundance Film Festival's prizes from the following categories below:


Here are the categories that Frost/Nixon was nominated for...


Performance by an actor in a leading roleRichard Jenkins in “The Visitor” (Overture Films) Frank Langella in “Frost/Nixon”(Universal) Sean Penn in “Milk” (Focus Features) Brad Pitt in “The Curious Case of Benjamin Button” (Paramount and Warner Bros.) Mickey Rourke in “The Wrestler” (Fox Searchlight) 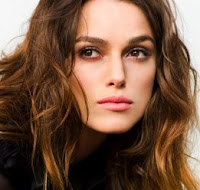 According to UK’s Daily Mail, Keira Knightley signed on to star in a film loosely based on the Hollywood classic Sunset Boulevard.
The 23-year-old Oscar-nominated actress will play a reclusive movie star who hides from the world in a Holland Park mansion.
Keira's leading man will be Colin Farrell. He will play a south London criminal, recently released from prison, who befriends the young actress.
Filming on London Boulevard, as the film is known, will start in late May, or early June, on locations across London and the Home Counties.

Read full article @ UK's Daily Mail.
Meanwhile, Keira Knightley Insults Paparazzi Via Text Message.
Also, go to Keira Knightley Fan site and check out gorgeous outtakes from the Glamour UK Photoshoot that Keira did (see pic on top left of this post/entry for one of them from KKF site). 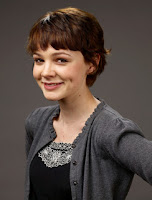 More Carey Mulligan Photos from the 2009 Sundance Film Festival (as she attended the screening of 2 of her 4 new movies: An Education, The Greatest, Brothersand Public Enemiesfor 2009)...including a Portrait Session for "An Education" and Carey strolling around Park City with "The Greatest" co-star Zoey Kravitz.


Carey Mulligan of the film "An Education" poses for a portrait session at the Film Lounge Media Center during the 2009 Sundance Film Festival on January 19, 2009 in Park City, Utah.

Check out more CM photos below!

Actress Carey Mulligan of the film "An Education" poses for a portrait at the Film Lounge Media Center during the 2009 Sundance Film Festival on January 19, 2009 in Park City, Utah. (Source: zimbio.com | Photo by Matt Carr/Getty Images)