The Soloist theatrical release pushed back to 2009? 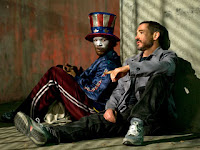 Bad news for everyone (including myself) who's been waiting to see The Soloist. Looks like we'll have to wait (4 months)...until March 2009 to see P&P/Atonement director Joe Wright's next feature film...according to recent online reports and this part of the recent article posted on imdb.com's The Soloist messageboard:


There's fallout today from Paramount's newly announced decision to release 20 movies a year. Already bigwigs are shuffling the 2008-2009 release schedule -- and that has Oscar ramifications for one pic. I can tell you that DreamWorks is very upset because Paramount is taking its Robert Downey Jr-Jamie Foxx starrer The Soloist out of Academy Awards contention by moving it from a limited release on November 21st until March 13, 2009. This is extreme since ads on all sorts of media platforms have already started appearing for the Oscar-touted movie based on Los Angeles Times columnist Steve Lopez' accounts of a homeless violin player. Solois…
Post a Comment
Continue Reading »

The nominations and jury members for the eleventh annualBritish Independent Film Awards (BIFAs) were announced yesterday, October 28th at Soho House in London.

Keira Knightley is nominated for Best Actress for her role as Georgiana of Devonshire in The Duchess. Co-stars Ralph Fiennes and Hayley Atwell were also nominated in supporting categories for the film. As well, Sienna Miller was nominated for her supporting role in The Edge of Love, which she co-stars with Keira.

Meanwhile Keira's Pride & Prejudice co-star Kelly Reilly is also nominated and competing against her in the Best Actress category...

The nominations this year reflect the up and coming and internationally renowned on and off screen talent and also demonstrate a strong multicultural presence.

Here are some of them...


In other Keira Knightley Movie news...

The Edge of Loveis now out on DVD in the UK. You can order it from Amazon.co.uk.
Post a Comment
Continue Reading » 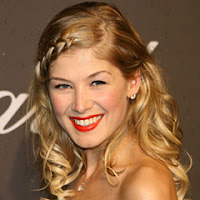 The Daily Mail reports that...

The credit crunch and the shenanigans in the City over the financial debacle will be the topic of a BBC movie with Aidan Gillen and Rosamund Pike as bankers.

The film, Freefall, is being directed by Dominic Savage, who has done extensive research on the greed that got out of control.Read more here.
Post a Comment
Continue Reading »

I love everything about this film from the first scene to the last one. The entire film was just simply amazing to watch. I must say, I've seen this film several times than I care to count (in fact, I have lost count already on how many times, lol). 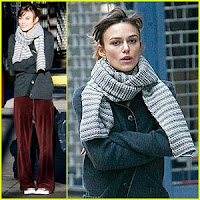 The drama romance follows a married couple, apart for a night while the husband (rumored to be Sam Worthington) takes a business trip with a colleague to whom he’s attracted. While he’s resisting temptation, his wife encounters her past love. Last Night opens in theaters in 2009.

The 23-year-old British actress was later seen catching up her New York Times at a local cafe and socializing with costar Guillaume Canet.
Check out several photos of Keira on the set of Last Night @ Sweet Keira's Image Gallery or Just Jared's Gallery.
Post a Comment
Continue Reading » 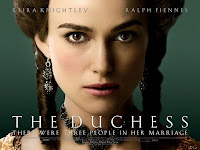 I finally saw this movie recently. I've been waiting to see it since its U.S. theatrical release (Sept. 19th), but it was on limited release and it didn't expand till early October. I almost thought I won't see this movie on the big-screen as it was taking so long for my local theater to add this movie in their "now playing" screens. It took a long time for Atonement to be added in more theaters...so I wasn't expecting much for The Duchess. To my surprise, this one is actually showing now and much earlier than Atonement was last year. So, I was so glad and got excited when I saw on the movie listing that it is now showing. I went to see it with my mother and we both loved and enjoyed this film.


Here's my review of this movie...with caution though of slight spoilers mention here and there...

Matthew Macfadyen attended the screening of his other film, Incendiary at the London Film Festival Saturday, October 18th. The U.K. releasedate for this film will be on October 24th.

Check out pics of him @ getty images and wire image.

Watch the P&P trailer below:

Enjoy watching P&P (all over again...at least for most of us here) until Friday next...


After viewing this movie, be sure to answer the following list of questions (to post and discuss with fellow FF participants in the following Friday in the P&P thread here or post a comment in my Movies Blog or here in the P&P Blog) below:


1) Post a brief review of the movie (ie. story, plot, location, cast, acting, music/score, costume, cinematography, directing, etc.)
2) What did you think of the movie?
3) Did you like it or did you not?
4) What is/are yo…
Post a Comment
Continue Reading » 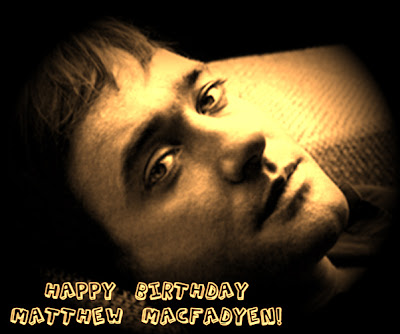 
(aka the hottest, sexiest, and my most favorite Mr. Darcy version of any P&P adaptation...)

MM's Upcoming TV/Film Projects for 2008 (as listed in his filmography @ imdb.com):

Check out some photos of MM @ Wire Image and Getty Images.


Also, check out a few more below:

More in the link below:

My P&P Forum will be having our very own Film Fridays.


Do you love Movies?

If so, and you are interested in participating with our very own Film Fridays here @ the P&P Forum ... post here and let us know. We need your participation, of course...the more the merrier. Feel free to join us either by registering at the forum for FF discussions or posting your comments here, esp. if you love to watch movies (like myself) and you want to participate with us. This will be something fun for us film lovers to do on Fridays. So, come and join us!

For more info. check out our Film Fridays thread here.


After viewing the movie, answer the following list of questions (to post and discuss with fellow FF participants in the following Friday) below:

1) Post a brief review of the movie (ie. story, plot, location, cast, acting, music/score, costume, cinematography, directing, etc.)
2) What did you think of the movie?
3) Did you l…
Post a Comment
Continue Reading »


Here's a an interview they did for MM:
Matthew Macfadyen plays Arthur Clennam, the mysterious figure whose return from overseas to fulfil his dying father's last wish completely transforms the lives of the Dorrits.


The charismatic leading actor, who has gained a huge following on the small screen as Tom in Spooks and on the big screen as Mr Darcy in Pride And Prejudice, says he had no hesitation in accepting the role of Arthur.

"This story really blew my hair back," he grins.

"Then when the rest of the casting came through, I couldn't believe my luck. I've been in some sexy casts in my time, but nothing quite like this!"

Matthew, who has also starred in The Way We Live Now, The Project and Warriors, goes on to outline the role.

"It's quite a challenge playing Arthur. At first, I was worried that he's merely the glue that sti…
2 comments
Continue Reading »
More posts