Jena Malone's Next Film 'The Ruins' In Theatres April 4th


Here are more info. about "The Ruins" taken from Yahoo! Movies ...

Brief Synopsis:
Four American friends on vacation in Cancún, Mexico, meet a German tourist that persuades them to join his hunt for his younger brother, who was last seen with his girlfriend near some mysterious ruins. 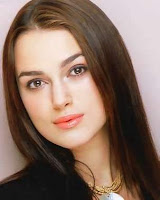 The Edge of Love and The Duchess.

P.S. -> Speaking of birthdays or in this case anniversary, my P&P (2005) Forum turns 2 years online today too! I created the P&P fan forum the same day as Keira's birthday 2 years ago today (of course, unaware at the time that it was her birthday, lol). So, yeah, there are 2 reasons to celebrate today and every year...KK's b-day and the P&P forum. How cool, eh?

Just want to wish all the P&P fans, readers, and visitors of this blog (especially to all of you who celebrate Easter) a ...

Official Site for The Edge Of Love Movie Coming Soon! 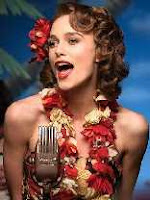 The official sitefor one of Keira Knightley's upcoming film, The Edge Of Love will be live soon.

Click on the images below to enlarge the 2 new stills (including one used for the movie's site): 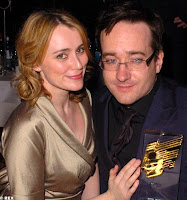 Matthew Macfadyen won the Best Actor gong for what judges described as a "compelling performance" in Secret Life.

See a new picture of MM (with wife actress Keeley Hawes) to your left, after receiving his award.

See more pics of MM (with his wife who looked to be rather shy on camera, pulled away after he tried to kissed her when he won to celebrate. Ouch, poor MM! Perhaps, she didn't like his new un-Darcy-like look there, lol) here.

Also, another picture of MM with the RTS chair Jane Lighting...


While we're still on awards topic, MM is also nominated for a BAFTA 2008 Award.


The British Academy Television Awards (BAFTA) just announced the nominations for 2008. Matthew Macfadyen has been nominated for Best Actor for Secret Life, where he plays Charlie, a pedophile trying to reform. The BAFTA&…
1 comment
Continue Reading »

P&P Actors About P&P And Their P&P Roles 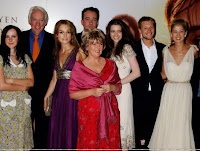 Here's a compilation of interviews from the main cast of Pride & Prejudice (2005) film. In the following random interviews for some P&P actors featured below, they were asked about their roles, co-stars, and the film.
Keira Knightley (Elizabeth "Lizzie" Bennet)
CS: In many of the previous versions of "Pride & Prejudice", the movie belonged to the actor playing Mr. Darcy. In this one, the movie belongs to Lizzie. Any thoughts on that?
Knightley: Well, that's good. When you read the book, the story is definitely told through Lizzie's eyes. That was one of the first things that Joe [Wright, director] said is that we really wanted this through Elizabeth's eyes, so you fall in love with Darcy as she does, so you hate him at the beginning and you gradually change you mind. So yes, I think that was a conscious thing. Also, if you've got two hours to tell a story--you have this BBC version that was 5 or 6 hours long to tell the same story--you …
Post a Comment
Continue Reading »

Keira Knightley as Elizabeth Bennet
Question: I read you initially did not want to cast Keira Knightley?
Joe: I wouldn't say that I didn't want to cast her, I didn't go to anyone else before Keira but I felt perhaps that she was too beautiful to play Elizabeth Bennet. So I met her anyway, and she was the right age and I was very keen to cast people that were the right age. So I met Keira very late one night in a hotel bar in Montreal and discovered this scruffy little kid who's a tomboy really, sort of spiky knees and elbows, and suddenly it occurred to me that was perfect for Elizabeth. Elizabeth Bennet is a tomboy and she refuses to conform to the feminine ideals of the period. Then I …
Post a Comment
Continue Reading »

Atonement (starring Keira Knightley & James McAvoy) is released on DVD today! Be sure to get your copy!


Universal Studios Home Video have announced the US HD DVD release of Atonement on 18th March 2008 priced at $39.98 SRP. From Joe Wright, the director of “Pride & Prejudice”, comes “Atonement” - adapted from the best selling novel by Ian McEwan. A British story of romance, misconception, jealousy, guilt and justice, Atonement stars James McAvoy and Keira Knightley as a mixed-class couple whose love is doomed by a child's lie and World War II.

Arriving day-and-date (March 18, 2008), features on this HD DVD Combo are detailed below…

Side A: HD DVD1080P 1.85:1 WidescreenEnglish and French Dolby Digital Plus 5.1 SurroundEnglish SDH and French subtitlesDeleted Scenes with Commentary by Director Joe WrightBringing the Past to Life: The Making of AtonementFrom Novel to Screen: Adapting a ClassicFeature Commentary wi…
1 comment
Continue Reading » 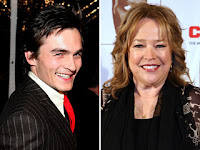 
(FROM HOLLYWOOD REPORTER) – Rupert Friend (Virgin Territory, Pride & Prejudice) has been cast and Kathy Bates is in final negotiations for director Stephen Frears' (The Queen, High Fidelity) French period drama Cheri. The duo will join Michelle Pfeiffer in the movie, about a spoiled young man (Friend) whose mother (Bates) sends him to her courtesan friend Lea de Lonval (Pfeiffer) for an adult education. The two see their six-year romance come to a painful end when the man is forced to marry a wealthy young woman. The story has been adapted from French novelist Colette's provocative 1920 novel. Friend will next be seen starring as Prince Albert in The Young Victoria, which also stars Emily Blunt. (Hollywood Reporter)

Continue reading the very last one here ... from parts 1-4 here!


British film fans delivered their verdict on the Oscars after voting Keira Knightley and Atonement the big winners at the Empire magazine awards.

Knightley, also overlooked by the Bafta panel, was finally vindicated after readers of the top-selling film monthly voted her Best Actress. Her co-star James McAvoy, who lost out at the Baftas to Daniel Day-Lewis, accepted the Best Actor award at the event, attended by stars including Matt Damon and Ewan McGregor.
Mark Dinning, Empire editor, said the British film category was the strongest yet with Atonement narrowly beating Control, the story of singer Ian Curtis and skinhead drama, This Is England.