It’s not about money, power, privilege or awards. It’s not even about sex. Total Film’s first annual ‘hot’ list is your exclusive insider’s guide to the trailblazers and talent who will shake movies in 2008. 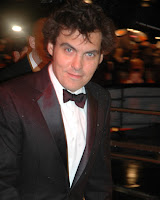 23 JOE WRIGHT - DIRECTOR Two excellent Brit-lit adaps and an Oscar nom for Keira Knightley. But you’ve barely noticed him, have you? Because – like the greatest directors – Wright makes tricky tasks look easy. What’s next? Hollywood, baby. The Soloist sees Jamie Foxx as a schizophrenic, homeless musician chasing dreams of the LA big time. Did someone say Oscar? 19 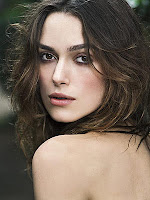 KEIRA KNIGHTLEY - ACTRESS Pirates made more than $1bn and Atonement completely removed the stick out of the ‘she can’t act’ brigade’s hands (and jabbed it into their lower colon). Beautiful, talented and swears like a pissed navvy. That’s our girl... What’s next? The Edge Of Love with Sienna Miller, written by Keira’s mum, followed by The Duchess. 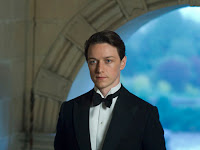 16 JAMES MCAVOY - ACTOR He first caught TF’s attention in 2003’s Bright Young Things, before causing confusing, faun-fancying dreams as Mr Tumnus in The Lion, The Witch And The Wardrobe. Deserves to help himself to a golden baldie for his astonishing turn in Atonement. What’s next? Showing he can do tough by top-lining assassination comic-book actioner Wanted. See other celebs who made it on the list here.

Btw, I just noticed that Joe Wright's next new film to be directed by him (as mentioned above ^) will be The Soloist (2008) (currently filming) starring Jamie Foxx and Robert Downey Jr. Interesting, not too mention the same cinematographer from Atonement and the same Composer and Costume Designer from both P&P and Atonement (Dario Marianelli and Jacqueline Durran) are working with Joe in this film. How cool!

Now, I'm going to see this movie just because Joe Wright (a few of his P&P and Atonement crew) is directing it. I'm sure it'll be a great movie too. Besides he has two Oscar nominated/winner actors Robert Downey Jr. and Jamie Foxx. Sounds like another great movie.