The first few stills of Keira Knightley's upcoming film, A Dangerous Method, which she co-stars with Michael Fassbender and Viggo Mortensen (for a 2011 release) has just been released. Two of them features Keira. Check them out below! 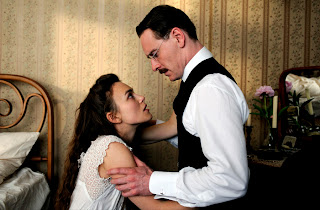 Speaking of Keira and her upcoming films...