Today (January 27th) is the lovely and ethereally beautiful, Golden Globe, BAFTA, Academy Award nominee for Best Actress (for her outstanding performance as Amy Dunne in Gone Girl) and Emmy Award winner Rosamund Pike (aka Pride & Prejudice 2005's very own Jane Bennet)'s 42nd Birthday! Or is it?!?! Miss Pike herself just posted on her official Instagram page that today is her internet birthday (and somewhat not her real birthday)! Well, color me surprised (much like her P&P co-star Rupert Friend’s birthday confusion...) as I’ve been celebrating her birthday on this day for years, lol. I blame her IMDB and Wiki pages for not providing her real birthdate, if her actual birthday is, in fact not today! Although there’s that one time it was listed on the 28th, but for years and even now it’s still listed as the 27th! Which is correct?  Unless, Miss Pike can clarify and correct that..for now, I’ll continue to celebrate her internet birthday today! Still, it would be nice to know her actual birthday, right?

Born Rosamund Mary Elizabeth Pike in (Hammersmith) London, England, UK. Miss Pike is an only child, her parents are Julian and Caroline Pike. Her father Julian is a professional opera singer, whilst her mother Caroline is a concert violinist. Read more of Rosamund Pike's Biography here. 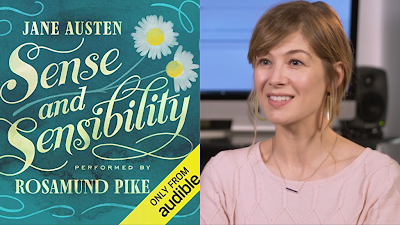 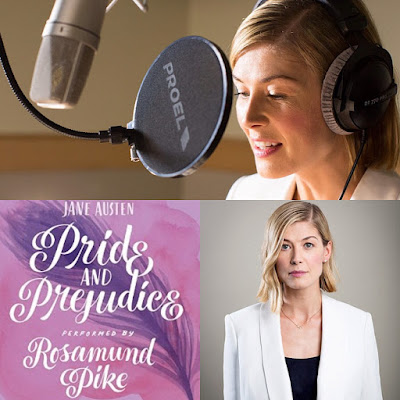 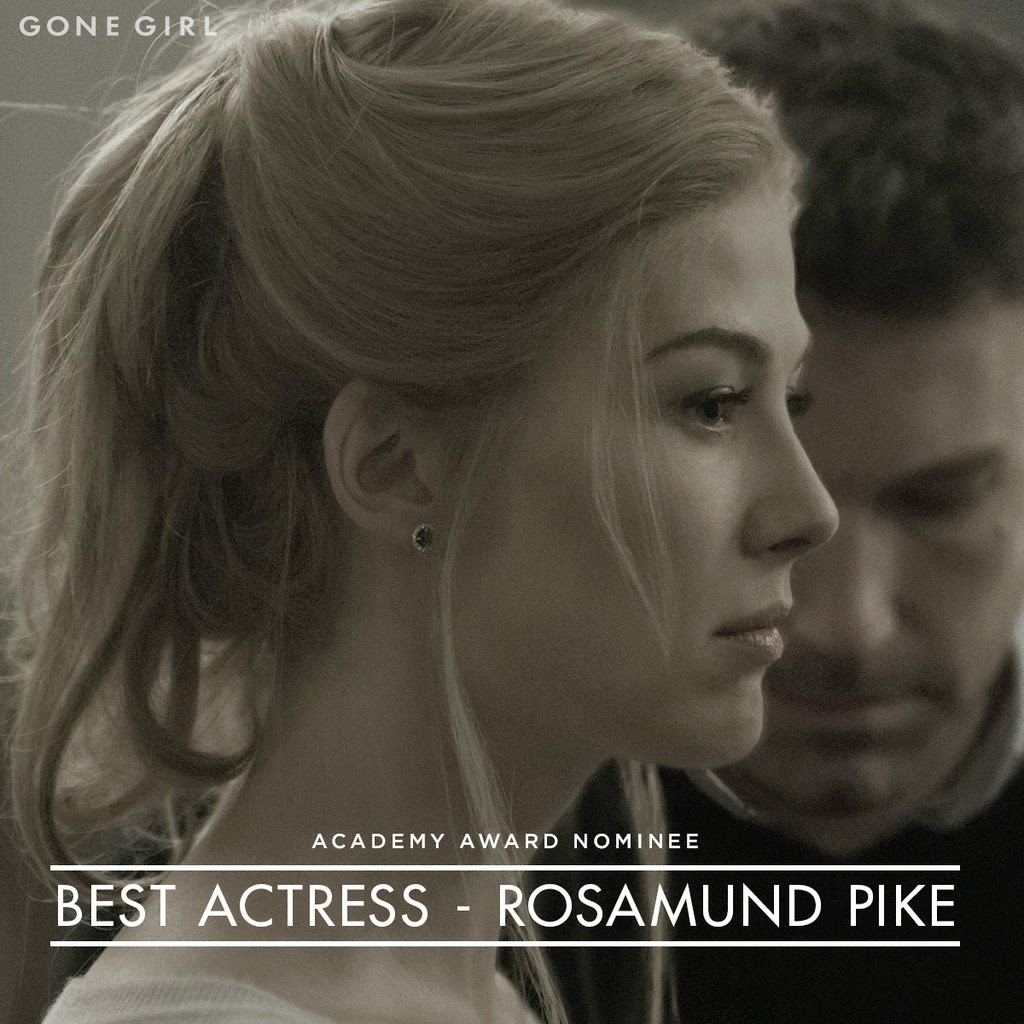 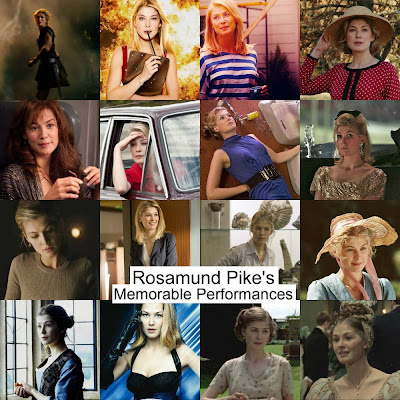 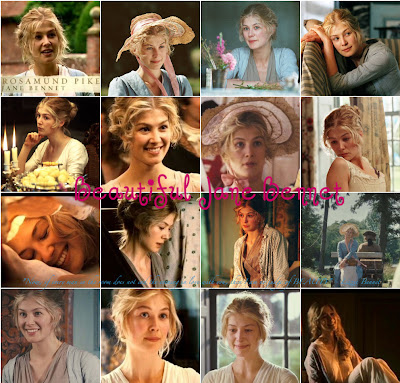 "Now, if every man in the room does not end the evening in love with you, then I'm no judge of beauty." (Lizzie Bennet, Pride & Prejudice film)

"She is the most beautiful creature I have ever beheld." (Mr. Bingley, Pride & Prejudice film)

"Of course, it's my Jane who is considered the beauty of the county. I knew she could not be so beautiful for nothing." (Mrs. Bennet, Pride & Prejudice film)

“Jane is the oldest Bennet girl, and she would have had  a lot of responsibility bringing up the younger girls, so she had a slightly sort of motherly instinct. But I didn´t want to play her as this very demure, slightly dull character. I wanted to play her as someone who laughs a lot. We want the whole Bennet family to be a family that laughs, a whole household  that´s filled with laughter and filled with movement.” (Rosamund Pike)

“Unlike Lizzie, Jane likes to think the best of people. She has found that the easiest way to get through life is to think that people are nice and good, and not to be suspicious about other people´s negative motives. Jane doesn´t have much pride or prejudice really.” (Rosamund Pike)

“Ros gets funny press. People seem to think she’s very cold and Sloaney, probably because of the Bond film. But she’s warm and loving and has these amazing parents, both opera singers. She’s one of the most extraordinary people I’ve ever met. She’s far cleverer than I am. I cast her because I knew she wasn’t going to play her as a nice, simple person. Jane has a real interior world, she has her heart broken.” (Joe Wright, P&P director)

“Rosamund was…it´s indescribable how ethereally beautiful she was.” (Donald Sutherland)

“I was looking for the opposite of Keira in a way; an actress who could portray the period ideal of what a woman should be, since Jane is hailed as the beauty of the family. Rosamund Pike was simply perfect and is wonderful in the role.” (Joe Wright, P&P director)

"Filming Pride & Prejudice (2005) was a joy and made for one of my happiest summers ever. "It could well be that the story brings out the best in people - and it sounds so cheesy, but we really did behave like a family. The girls playing the younger sisters had never been on a film set before and wanted to socialize all the time, so we picnicked, hung out in a beautiful country house and went swimming naked in a lake. It was idyllic."

[On the direction from Joe Wright in "Pride and Prejudice."]

"You can get quite self-conscious at times, there's this business of your close up coming up, but in that big ball scene he put three cameras on it. And in lots of the dinner scenes too, so you wouldn't actually know when your moment was coming. That's why it's got that lovely unaware quality to it, you really did feel it's being observed. I think it's because people didn't know they were being watched really, that's what you get, this window on life."

[On Jane Austen's Pride and Prejudice and the film]:

“Jane Austen wrote such a sensationally romantic story. It got to me all the time during filming. It’s deeply romantic, and I think in this day and age we need films with romance at their core out there. They can light people up.”

[On playing an eldest sister to 5 Bennet siblings in Pride & Prejudice film]:

“Really fun. I'm an only child, so I don't know what it's like to have that particular rivalry you have with a sister, or that love. With this, it feels like it's come alive”.

2021 Films for Rosamund with the following... 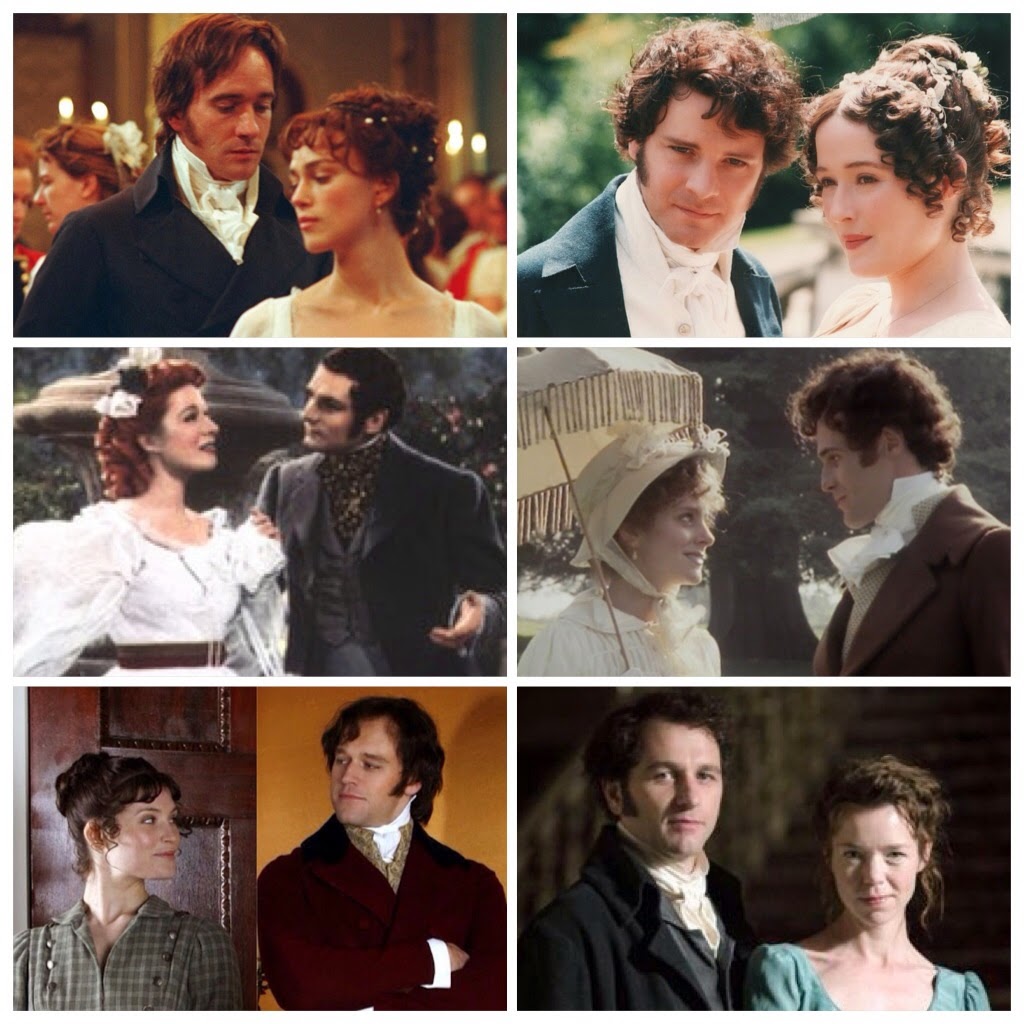