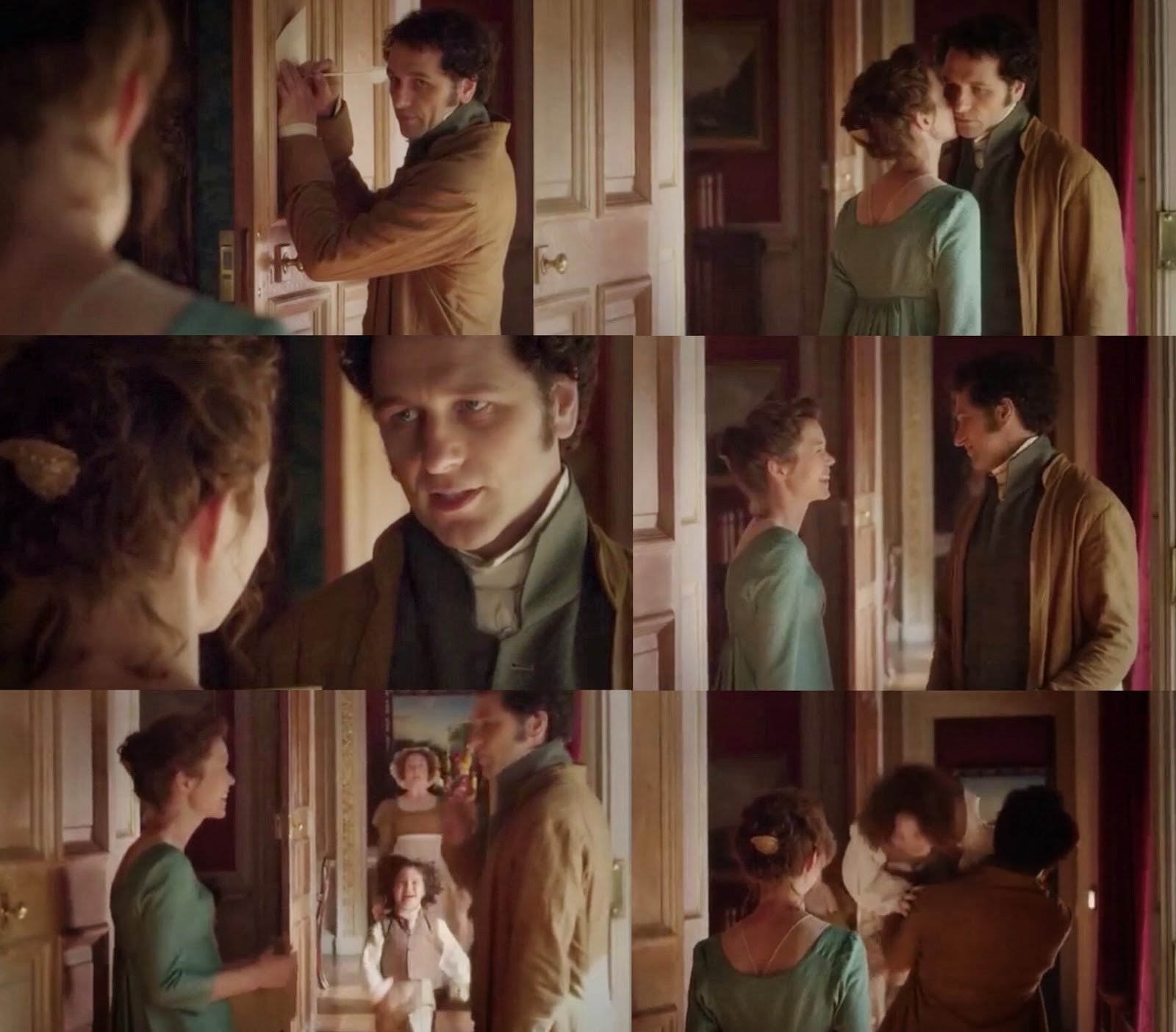 I was searching on YouTube for Episode 3 preview clip for Death Comes to Pemberley starring Matthew Rhys (as Mr. Darcy), Anna Maxwell Martin (as Elizabeth Darcy...née Bennet), and Matthew Goode (as Mr. Wickham), which I've found and you can watch it here. What's unexpected was that someone was awesome enough to upload Episode 1 (with no commercials!) of DCTP, as I've been wanting to see it (since I don't live in the UK, I live in the US and don't see this mini-series until PBS Masterpiece will show it sometime on 2014), but looks like I don't have to wait too long to see it. I thought I'd embed Episode 1 here to share with those of you (like me) who don't live in the UK, so we'll get to see it sooner rather than later, but make sure to see it as soon as you read this post, while it's still available and viewable in YouTube (before it gets blocked! lol...). Episode 1 premiered on BBC One (in the UK) yesterday. Hopefully, Episodes 2 and 3 will be uploaded in YT too. For now, enjoy watching Episode 1!

Watch Episode 1 of Death Comes To Pemberley (via SaveTheWorldTVable...thanks a lot! Watching it as I post this, so you better see it now, if you're interested in seeing this, while it's still available to watch on YouTube!) below...

Updated 12/28/13: Sorry, the embedded video below no longer works, the user has removed it, but don't worry, I found a couple more alternative video links for you to watch Episode 1, if you haven't seen this episode yet...See the links below!

It's the eve of the Darcys' annual Lady Anne ball at their magnificent Pemberley home. Darcy and Elizabeth are relaxing with their guests after supper when the festivities are brought to an abrupt halt by an unexpected visitor and news of a murder in Pemberley Woods.
Anna Maxwell Martin Death Comes To Pemberley Episode 1 Matthew Goode Matthew Rhys PD James TV Miniseries