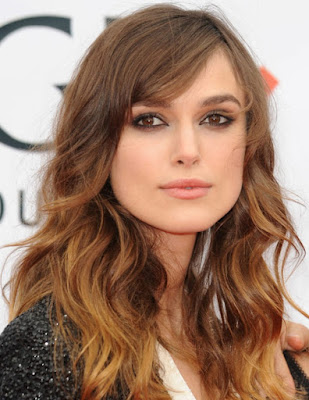 As I previously posted here, Keira Knightley (photo via Getty Images) was in talks to star in Colette biopic earlier this month and recently, she and Kate Winslet were both in talks to join Will Smith and Helen Mirren in Collateral Beauty. Now, there's a third movie casting news (and I must say a more interesting one than the previous two) for the two-time Oscar Nominee Miss Knightley and according to The Wrap, she was in early talks to play Russian empress Catherine the Great in a biopic that two-time Oscar winner, actress, singer, and director Barbra Streisand will direct for producer Gil Netter’s Netter Productions.

Read more info. about this movie via The Wrap below...


Gil Netter (“Life of Pi”) is producing the biopic, which boasts a script by Kristina Lauren Anderson that topped the 2014 Black List

Netter and representatives for Knightley did not respond to requests for comment.

Catherine the Great was born Sophia Augusta Fredericka to German royalty and took power when her husband was assassinated, ruling from 1762 to 1796 while modernizing the Russian empire.

The film will follow young Catherine, who was trapped in an abusive marriage with the heir of the Russian throne — a role that is currently being cast now.
Besides a beloved Black List script, “Catherine the Great” boasts significant pedigree between Netter, who has two Oscar nominations for producing “Life of Pi” and “The Blind Side,” and Streisand, who won a Golden Globe for directing “Yentl” and has two Oscars of her own. Streisand’s films have received a total of 14 Oscar nominations.

Knightley earned two Oscar nominations herself thanks to her work in “The Imitation Game” and “Pride & Prejudice.” The British actress was last seen in “Everest” and will soon begin filming New Line’s “Collateral Beauty” with Will Smith. She’s also set to star as French novelist Colette in a film from “Still Alice” director Wash Westmoreland.

Speaking of Keira's other movie casting news, Variety reports that Keira Knightley Film 'Colette' Sells Out in Berlin and another interesting and unexpected mention of KK movie casting suggestion in the current #1 movie in America, Deadpool starring Ryan Reynolds. According to Cinema Blend, In the Deadpool post-credits scene, a bathrobe-wearing Wade Wilson announced to the audience that Cable would appear in Deadpool 2. No one has actually been cast in the role yet, but the anti-hero did provide a few suggestions, including Keira Knightley, saying, “She’s got range – who knows?” Now, a 'Deadpool 2' Fan Art Imagines Keira Knightley As Cable see an interesting fanart of Keira as Cable below...