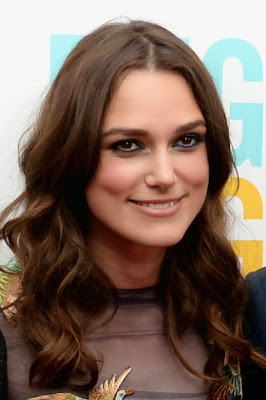 According to Deadline, Keira Knightley (photo ^ via Getty Images) is currently in talks to star in Colette, a period biopic about the French novelist who wrote Gigi and Chéri, which Stephen Frears adapted in a feature film starring Michelle Pfeiffer and Rupert Friend. Variety reports that filming will start in May in Budapest.

Keira Knightley In Talks To Star In ‘Colette’ Biopic

EXCLUSIVE: Keira Knightley is in talks to star in Colette, a biopic about the French novelist who wrote Gigi and Cheri, which Stephen Frears adapted into a feature film starring Michelle Pfeiffer.

Colette will be directed by Still Alice‘s Wash Westmoreland, who co-wrote the script with his late Still Alice collaborator Richard Glatzer. The film will re-unite the producing team behind Carol, Number 9 Films and Killer Films. Bold Films will finance and coproduce the title, marking the company’s first foray into the U.K. Filming will commence in May in Budapest. HanWay Films will handle worldwide sales. Pam Koffler and Christine Vachon (Carol, Still Alice) produce for Killer Films and Elizabeth Karlsen and Stephen Woolley (Carol, Made in Dagenham) will produce for Number 9 Films. Bold Films’ chairman Michel Litvak will produce for Bold Films. CEO for Bold Films Gary Michael Walters will executive produce.

Born in 1873 during the Belle Epoque, Colette lived through both World Wars, including the Nazi occupation of Paris; her Jewish husband Maurice Goudeket was arrested by the Gestapo in 1941. Though he was later released thanks to the intervention of the French wife of the German Ambassador, the incident left Colette in constant anxiety the Nazis might return to her door. Her most famous work Gigi was published in 1944, about a teenage girl groomed to be a courtesan who defies tradition and marries her wealthy lover instead. The book was first turned into a 1949 French film; Vincente Minnelli’s Oscar-sweeping version a decade later starred Leslie Caron, Maurice Chevalier, Hermione Gingold and Louis Jourdan.

In later years, Colette became celebrated as a major French literary figure, with Truman Capote writing a short story, The White Rose, about her in 1970. The character is a juicy leading role for Knightley, who costarred most recently in Working Title’s Everest and opposite Benedict Cumberbatch in The Imitation Game. She is repped by United Agents and CAA.

Number 9 Films are having a banner period with the much-lauded Carol and Youth in 2015 , as well as both Juan Carlos Medina’s The Limehouse Golem and Lone Scherfig’s Their Finest Hour and a Half currently in post.