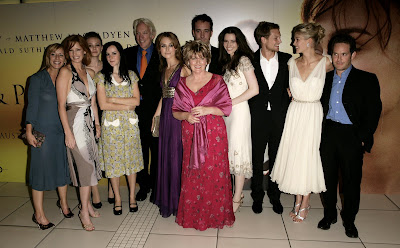 With the latest news that Jena Malone Officially cast as Johanna Mason in 'The Hunger Games: Catching Fire', which means she'll co-star again with her former P&P co-star Donald Sutherland (as President Snow) in the sequel to the mega box-office success The Hunger Games. I thought I'd post and update here some new (and old) TV/films to add to the many films and other projects that some former P&P (2005) cast/actors had either co-starred, appeared, and or previously worked together with, other than their popular 2005 Pride & Prejudice film.

Here's a new compiled list below for some P&P actors and their new films together (made for either television or in theatrical releases) scheduled or to be released for 2012/2013 (release dates, of course, are subject to change)... 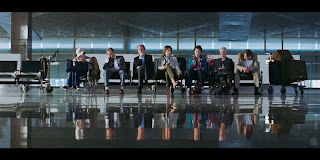 Also previously in the past (prior to, during, and post their P&P movie) and in recent years... 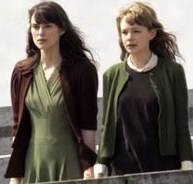 Matthew Macfadyen + Donald Sutherland
in The Pillars of the Earth (July 23, 2010)