Casting News: Keira Knightley to play Effie Gray in Untouched and pursued for a role in Akira 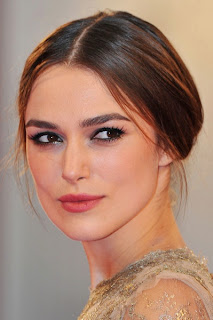 While Keira Knightley is currently filming Anna Karenina with her P&P/Atonement director Joe Wright and P&P co-star Matthew Macfadyen, there are two casting news this week mentioning her name where she's either in talks (to play Effie Gray in Untouched...interestingly, 2 years ago Carey Mulligan was attached to star in Effie, written by Emma Thompson, but is no longer attached as she's left the project and is now too busy with several new film projects she's attached to star these days) or being pursued (in Warner Bros.' Akira along with Gary Oldman and Helena Bonham-Carter in the mix) in two different films.

So far, these are casting rumors (until they are confirmed), we'll find out soon enough if she gets cast in one or both films. For now, check out the following casting news from Collider and The Playlist below...


Production is currently underway on the long-in-the-works Emma Thompson­-scripted biopic of Effie Gray, Effie, starring Dakota Fanning in the title role. However, it appears that a competing biopic of Gray is now in the works with Keira Knightley poised to star. Gray married art critic John Ruskin in 19th century London, but the latter refused to consummate the marriage, leading a devastated Gray to fall in love with Ruskin’s protégé, painter John Everett Milias.

Thompson on Hollywood reports that Knightley is in talks to star in the drama Untouched. The film also centers on the love triangle between Gray, Ruskin, and Milias, and is set to be directed by House of Sand helmer Andrucha Waddington. The script was written by Aleksandra Crapanzano. The film is currently being shopped around at the American Film Market.

Keira Knightley Being Pursued For ‘Akira’ (via The Playlist)


And while those films get underway, another two potential tentpoles at the studio are casting up: the controversial remake of anime classic “Akira,” and a new take on the Knights of the Round Table, “Arthur & Lancelot,” and both find themselves chasing some big names. The former, which was confirmed to have “Tron: Legacy” star/mannequin Garret Hedlund in talks to play lead Kaneda yesterday, has been pursuing Gary Oldman to play the villainous Colonel, and Helena Bonham-Carter for Lady Miyako, and according to Heat Vision, they’re joined on director Jaume Collet-Serra‘s shopping list by Keira Knightley.

There’s no confirmation of which part it’s for, but unless they’re trying to really annoy the fanboys by casting her as Tetsuo, it seems likely that the star of “Atonement” and “Pirates of the Caribbean” is being sought for an equivalent part to Kei, the young revolutionary who serves as the love interest for Kaneda. Whether Knightley, or indeed Oldman or Bonham-Carter, will do it is pretty up in the air. However, the trade says that the three haven’t yet “engaged” with the studio, and outside of her Disney trilogy, which she signed up for at the age of 17, the young British actress doesn’t really have a tradition of taking paycheck gigs, particularly one that’s likely as thankless as this. Having said that, she’s currently free once she wraps Joe Wright‘s “Anna Karenina,” but considering that “Akira” was scaled back to be made under $100 million, we don’t imagine the wages are going to be massive, so there may be better offers out there.