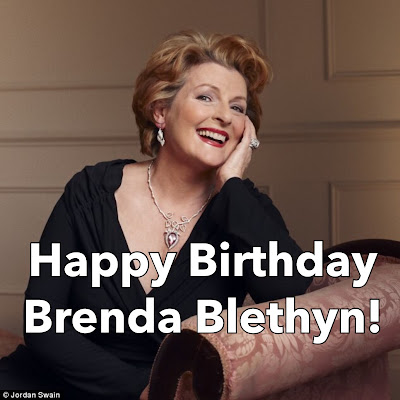 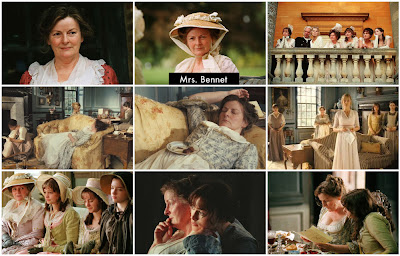 “When I told people I was playing this part they’d say ‘oh she’s a wonderful cartoon character, you’ll have great fun’. I said ‘excuse me, no she’s not. She’s got a problem to be dealt with and it seems to me that she’s the only one taking the problem seriously’. The father isn’t, the daughters don’t seem terribly concerned, and I would say that it’s okay for the father because he’s got a roof over his head all the time he’s alive, it’s when he goes that the problem sets in. She mentions that in one of the scenes.” (Brenda Blethyn)

“It’s a tricky part, as she can be very annoying; you want to stop her chattering and shrieking. But Brenda has the humor and the heart to show the amount of love and care Mrs. Bennet has for her daughters”. (Joe Wright)

"We were like one big family. We took over the house. It was so much fun. Brenda Blethyn (Mrs Bennett) mummied us all - when we had days off she took us on day trips to a llama farm." (Carey Mulligan)

“I´ve loved every minute of this film. We´ve become such friends. All of us. It´s been so happy, kind of idyllic, in that house, and the friendships and the camaraderie, it´s just heaven, and I don´t want it to end, to be honest”. (Brenda Blethyn)

More on the lovely Brenda Blethyn... 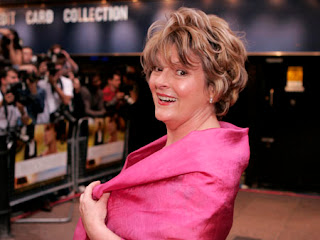 (Photos above and below via Getty Images) 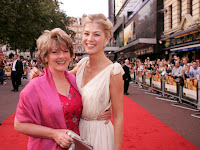 She was nominated for Pride & Prejudice for the following...
Best Performance by an Actress in a Supporting Role - BAFTA Film Awards (2006)