2017 is the 15th anniversary of indie studio Focus Features (who distributed our favorite Pride & Prejudice 2005 movie). To celebrate its 15 years, the studio is putting together “The Focus 15 Screening Series”, a collection of throwback screenings that will highlight some of Focus’ most successful films including three of Joe Wright's films: Pride & Prejudice (starring Keira Knightley & Matthew Macfadyen), Atonement (starring Keira Knightley with Brenda Blethyn co-starring), and Hanna (Tom Hollander  co-star)...plus Eternal Sunshine of the Spotless Mind, Moonrise Kingdom, Brokeback Mountain, Milk, Shaun of the Dead, Burn After Reading, and more. These screening series will be held in Los Angeles, New York, and London. Click here (or scroll down below for P&P movie's schedule) to find out where and when the films will be showing and how to get tickets.

But first, check out the Focus 15's new poster by Christopher DeLorenzo ...can you spot P&P in the poster below (hint: Darcy, hat, Elizabeth running, bridge, and rain) ? 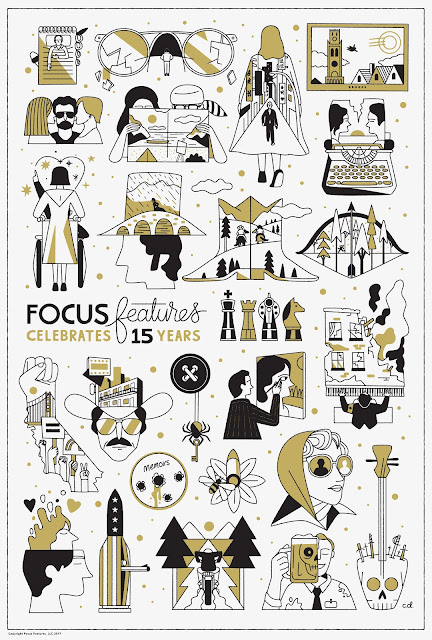 Founded 15 years ago, Focus Features commemorates the occasion throughout 2017 with its Focus 15 initiative that includes revivals showings of Focus favorites. The company’s movies have garnered 105 Academy Award nominations and won 21 Oscars. Screenings are listed below. 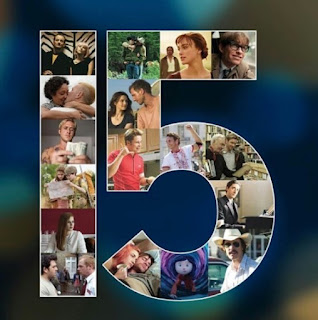 
Also, according to Collider, “Limited-edition vinyl records of classic cuts from Focus movies’ soundtracks are being pressed, and limited edition posters commemorating Focus 15 are being printed. Additional events, giveaways, and retrospectives are to be announced as Focus 15 extends through the fall,” so definitely subscribe to Focus Features if you want to stay up to date on that cool stuff.

For 15 years, one worldwide movie company has brought together cinema’s most gifted and fearless filmmakers and actors to create unforgettable experiences in theaters everywhere. Focus Features now celebrates the global community of movie lovers by marking its 15th Anniversary, taking a look back at some of the iconic words and images from its films that we have all shared together – and looking ahead to 2017 and beyond.