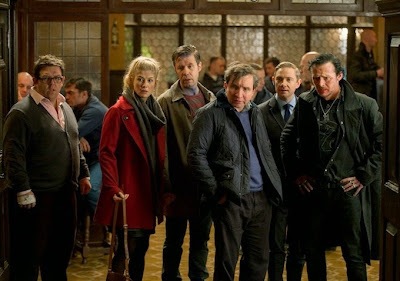 The story for The World's End centers on five childhood friends (played by Simon Pegg, Nick Frost, Eddie Marsan, Paddy Considine, and Martin Freeman) going through an epic pub crawl in order to reach the fabled pub, “The World’s End”. 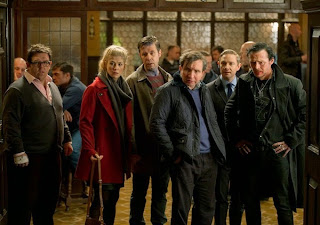 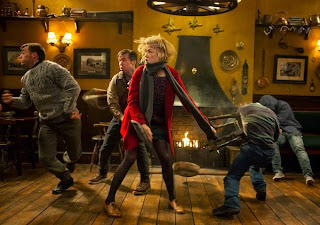 Also, an on set/BTS photo of Rosamund Pike with director Edgar Wright... 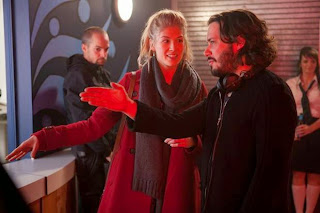