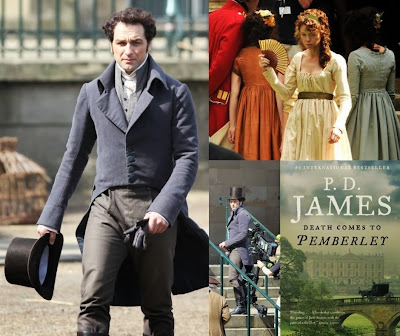 Last week I posted a First Look of Matthew Rhys as Mr. Darcy on set filming 'Death Comes to Pemberley' at Chatsworth. This week, BBC One's Death Comes to Pemberley starring Matthew Rhys, Anna Maxwell Martin, Matthew Goode resumes filming in York. Matthew Rhys (in a different Darcy costume) along with co-stars Anna Maxwell Martin (as Elizabeth Darcy...née Bennet...see a first look and an on set photo of her in character above and below) and Matthew Goode (as Mr. Wickham) were spotted on set filming scenes as well as taking a break.

Filming has also taken place at the Treasurer's House, Castle Howard, Chatsworth House, and Harewood House, with more scenes expected to be shot this week.


Speaking of Anna Maxwell Martin playing Elizabeth Darcy, according to UK's What's on TV, Anna said: "I do feel quite a lot of pressure. The only kind of respite is that she is Elizabeth Darcy now, so it's seven years on. But Matthew Rhys who plays Darcy and myself are both a bit 'Ahh! we've been miscast.' It's quite scary."But she added Matthew was a 'dream' as heartthrob Mr Darcy.

Death Comes To Pemberley is due to air on the BBC this Christmas. 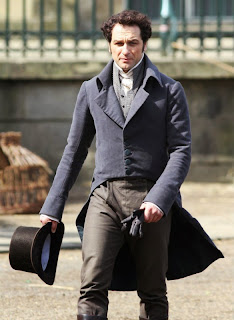 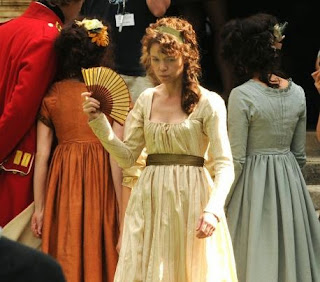 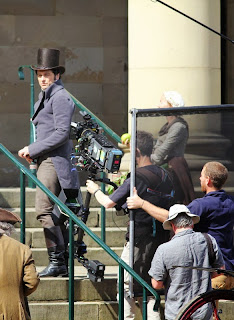 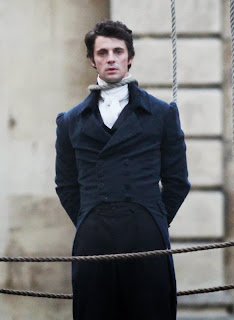 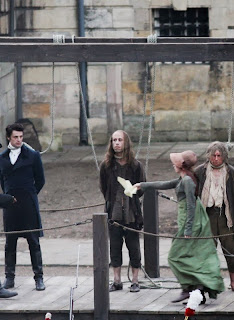 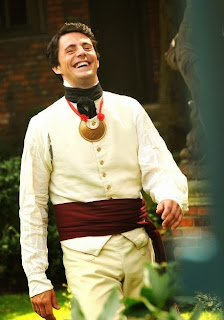