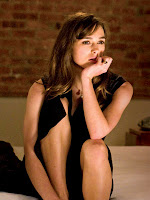 EW.com has the first movie still of Keira Knightley from her upcoming film Last Night. (click KK image to your left to enlarge!)

Read the EW.com mini article below:


Finally, a contemporary romantic drama for the ''Pirates of the Caribbean'' queen!


Shedding her wigs and petticoats, Keira Knightley stars in the present-day romantic drama Last Night as a married New York writer who runs into an old flame (Guillaume Canet) while her husband is on a business trip with a very attractive co-worker (Eva Mendes). First-time director Massy Tadjedin won't reveal if vows are actually broken in the movie, which takes place over 36 hours (and will hit theaters later this year). Knightley's character ''considers the choices she's made in her life and her marriage,'' says Tadjedin. ''It's a good, strong marriage. But even the best marriages can be tested. —Lindsay Soll