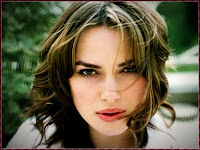 Keira Knightley is nominated for Best Female Performance for Pirates of The Caribbean: At World's End at the 17th Annual MTV Movie Awards, to be held on June 1st.

Besides Keira's Best Female Performance nomination, Pirates is also nominated for the following:

Congrats to Keira and Pirates!