First Look: Keira Knightley as Sugar Plum Fairy in The Nutcracker and the Four Realms! 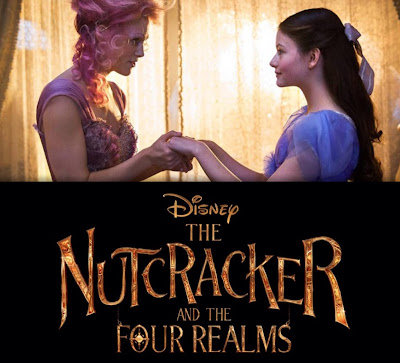 A first photo of Keira Knightley as Sugar Plum Fairy (from the Land of Sweets) with co-star Mackenzie Foy as Clara (see her other still here) in Disney's The Nutcracker and the Four Realms has been released via Entertainment Weekly.

The live-action remake is set for US Theatrical Release on November 2, 2018, the studio announced and confirmed with a teaser trailer (hopefully, it'll be released online soon!) during its D23 Expo 2017 (last July 15th).

Check out the first look and EW article below... 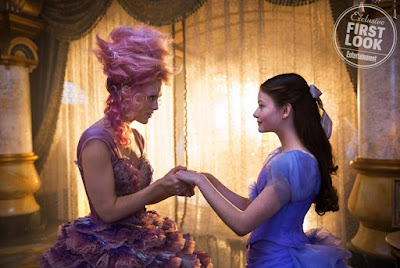 Before Alice stumbled into Wonderland and Dorothy blew into Oz, there was Marie, the young heroine of “The Nutcracker and the Mouse King,” who was whisked to a magical world of toy soldiers and militant mice in E.T.A. Hoffmann’s 1816 German fairy tale. Tchaikovsky’s celebrated 1892 ballet renamed her Masha, or Clara, but now, in The Nutcracker and the Four Realms, a new fantasy drama in the vein of The Chronicles of Narnia that pulls from both the ballet and fairy tale, she has a name that just might stick. And EW has your exclusive first look at the film right here.

Clara, in this vibrant adaptation helmed by Lasse Hallström (Chocolat), is brainy and bold. “She’s very smart and independent,” says 17-year-old Mackenzie Foy (Interstellar), who plays her. “She loves to think and find the fastest way to solve a problem.” Clara has lost the magical key that will unlock a priceless gift from her mother. To get it back, she must travel across the Land of Snowflakes, Land of Flowers, and Land of Sweets, where she meets Keira Knightley’s Sugar Plum Fairy. “Clara is just fascinated with her,” Foy says.

But not everything is candy-coated fantasy: There’s also the foreboding Fourth Realm, ruled by Mother Ginger (Helen Mirren). “She’s a fierce character,” Mirren says, “with a modern edge.” But fans craving the classic need not fear. The film nods to Tchaikovsky’s score and has a ballet sequence featuring Misty Copeland. “Pretending to be in these imaginative worlds, it’s why I wanted to become an actress,” Mirren says. “It’s my dream come true, really.”