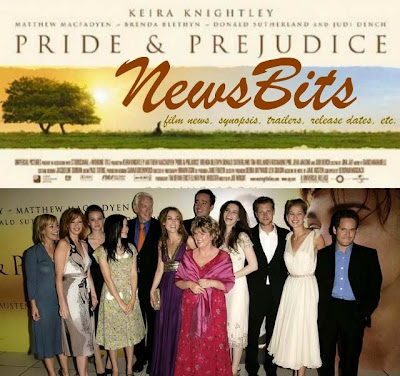 Some new movies, casting, release dates, and filming news info. featuring some P&P actors here that I thought I'd post them all in the same post... 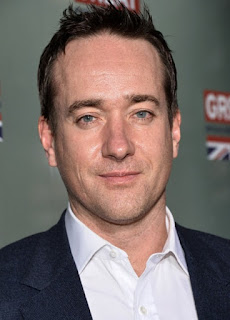 The Weinstein Company has set a limited December 22nd US Theatrical Release date for The Current War is a drama about the battle over the electricity market in the late 1880s between Thomas Edison (Benedict Cumberbatch) and George Westinghouse (Michael Shannon). Me and Earl and the Dying Girl filmmaker Alfonso Gomez-Rejon directs, and the impressive supporting cast also includes Matthew Macfadyen as J.P. Morgan, Nicholas Hoult as Nikola Tesla, Katherine Waterston, and Tom Holland. (Collider) 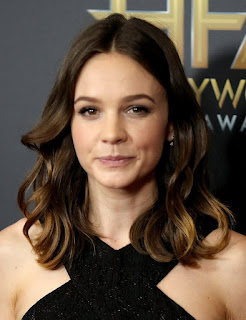 EXCLUSIVE: Carey Mulligan has been set to star in Collateral, the four-part BBC miniseries that puts her back in business with David Hare. Hare wrote Collateral, which SJ Clarkson is directing and The Forge producing, with production starting in April. The mini is described as a modern-day state of the nation project which takes place over four days. [Deadline] 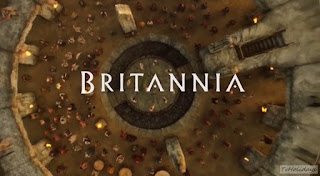 Britannia starring Kelly Reilly is featured in a Sky Drama's Advert promo video teaser! Thanks to Paul (aka Kelly Reilly Fans on Twitter) for sharing the video link below...

Or watch the embedded YT video below... 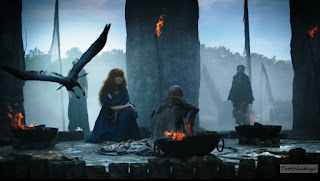 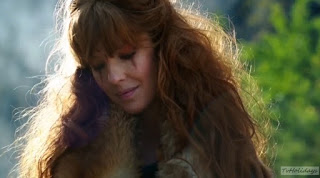 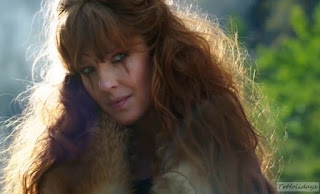 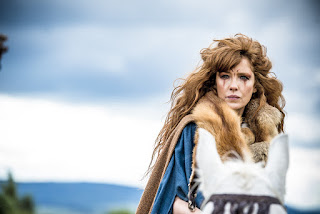 Kerra (Kelly Reilly) is the fearless and strong-minded daughter of Pellenor, King of the Cantii. Her independent streak puts her at odds with her family, but when the Romans invade, she will have to choose between her own feelings, her tribal duty and the demands of the druids.

Britannia is an epic drama set in 43AD as the Roman Imperial Army - determined and terrified in equal measure - returns to crush the Celtic heart of Britannia - a mysterious land ruled by warrior women and powerful druids who can channel the powerful forces of the underworld. Or so they say.

Penelope Wilton and a few of her Downton Abbey co-stars to reunite in The Guernsey and Potato Peel Pie Society film! 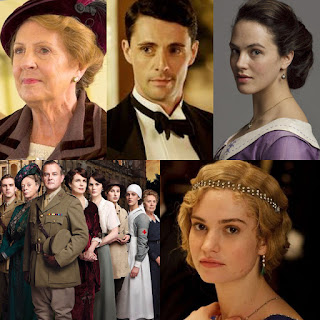 BBC One and FX are reteaming with Ridley Scott’s Scott Free London and Tom Hardy’s Hardy Son & Baker for a second season of Taboo. The high-profile period series that stars Hardy and is created by Peaky Blinders‘ Steven Knight with Hardy and his dad, Chips Hardy, had been expected to return.

The series began airing in January in both the UK and U.S., drawing a keen fan base. For the BBC, it’s one of the most successful dramas ever on catch-up service iPlayer and has been popular with younger audiences. The FX premiere was the net’s most time-shifted series ever in the adults 18-49 demographic and the most time-shifted FX drama series bow in total viewers.

Set in 1814, the first season follows James Keziah Delaney (Hardy), a man who has been to the ends of the earth and comes back irrevocably changed. Believed to be long dead, he returns home to London from Africa to inherit what is left of his father’s shipping empire and rebuild a life for himself. But his father’s legacy is a poisoned chalice, and with enemies lurking in every dark corner, James must navigate increasingly complex territories to avoid his own death sentence. Encircled by conspiracy, murder and betrayal, a dark family mystery unfolds in a combustible tale of love and treachery. 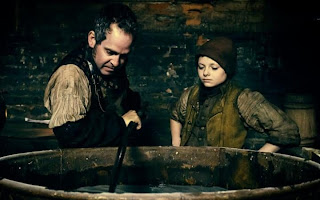 From ‘Jungle Book’ to ‘Rose Red’, live-action fairy-tale films to look forward to

1. Jungle Book: After the spectacular success of the previous version last year, Disney plans to bring the adventure fantasy based on the Rudyard Kipling book to audiences again. Directed by Andy Serkis and starring Rohan Chand, Serkis, Christian Bale, Benedict Cumberbatch, Tom Hollander and Cate Blanchett, the film is due for release on 19 October, 2018. [Live Mint]

Based on the inspiring true story of producer (and Serkis' Imaginarium Studios partner) Jonathan Cavendish's parents, Breathe finds Garfield as Robin Cavendish, a polio-sufferer who not only survived the illness (and life on a respirator) but flourished thanks to his indomitable spirit and that of his wife, Diana Blacker (Foy).

Cavendish was initially diagnosed with polio at 28 and given only three months to live yet went on to raise money for charity, test out pioneering new equipment and champion the cause of the disabled. All while paralysed from the neck down.

Hugh Bonneville, Dean-Charles Chapman and Tom Hollander are also part of the cast, while Gladiator's William Nicholson wrote the script, and Breathe will be in UK cinemas from 27 October. Read full article. [Empire] 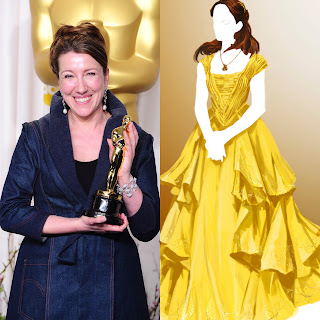 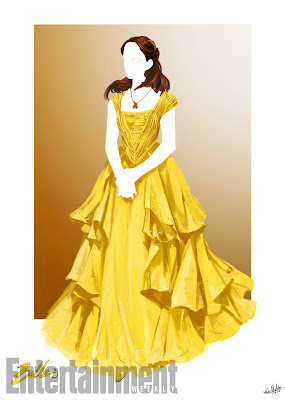 The movie’s costume designer, Jacqueline Durran, helps tell the story of this reinvented Belle with modern twists on the character’s 18th century style, while still paying tribute to the movie’s original feel that fans love.

“We took elements of those 18th century things and added them to Belle. So her pockets, for instance, are an 18th century thing,” Durran told Fashionista. “It’s just that people didn’t wear them outside like she does. I would take elements that were historical and bring them with a twist.”
Read full article. [People]

The Disney Beauty and the Beast collection is available now in Target stores and on Target.com at prices ranging from $9.99 - $24.99. 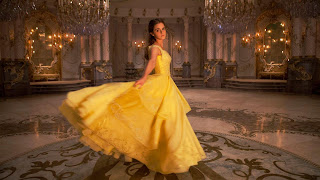