New still of Matthew Macfadyen and his character revealed in The Last Kingdom! 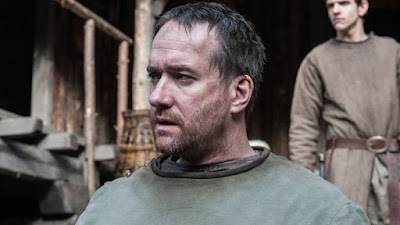 BBC America has just released a new still of Matthew Macfadyen and has finally revealed his character in the upcoming 8-part drama series The Last Kingdom. It will premiere on Saturday, October 10th at 10 PM ET/9c.

The Last Kingdomis an adaptation of Bernard Cornwell’s best-selling series of novels “The Saxon Stories”, by award-winning writer Stephen Butchard, and will premiere later this year on BBC AMERICA.

See his character's name and description after the jump below...


Lord Uhtred Uhtred’s father, Lord Uhtred, is a formidable fighter and leader of men, and ruler of the kingdom of Bebbanburg in Northumbria. END_OF_DOCUMENT_TOKEN_TO_BE_REPLACED
Matthew Macfadyen The Last Kingdom TV Miniseries