Movie Casting News: Rosamund Pike circling to star in 'The Mountain Between Us' film 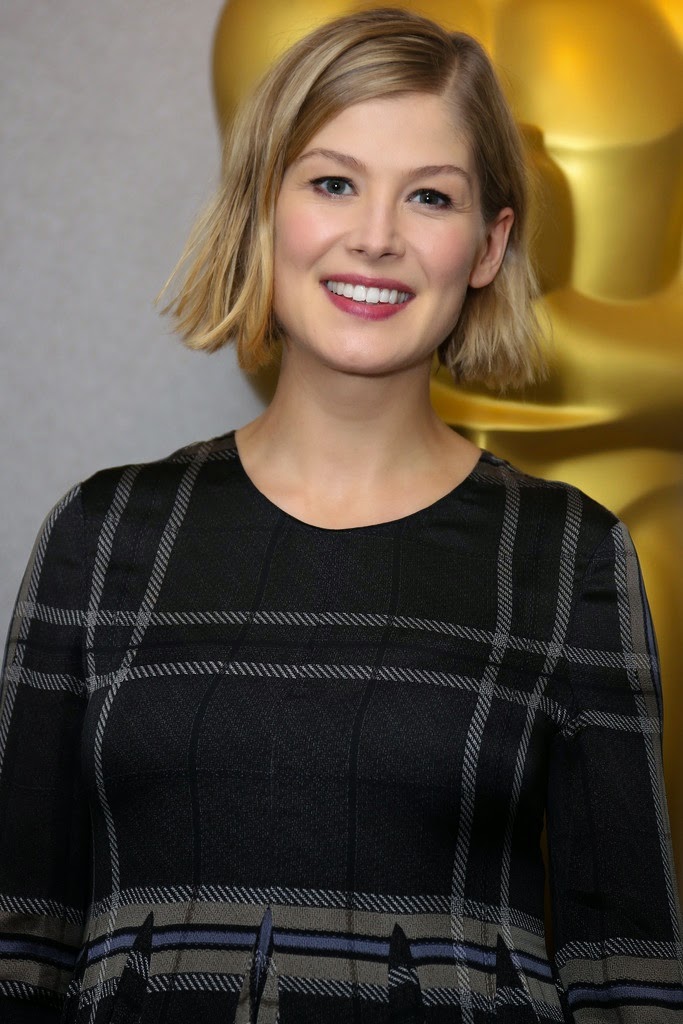 According to Deadline, Rosamund Pike, who is currently having a huge box office success of her career with Gone Girl (which remains at the top 5, with a current domestic total of $152.9 million and foreign total of $166.2 million and a global total of $319.1 million as of November 17th, 2014 via Box Office Mojo, for the 7th straight weeks in a row), is in early talks to star in The Mountain Between Us with Charlie Hunnam (Sons of Anarchy, Nicholas Nickelby) in the male lead and filming is said to start in late 2015. This isn't confirmed yet, of course. We'll find out soon...

More info. about the movie and Rosamund's possible role below...

EXCLUSIVE: Hot off Gone Girl, Rosamund Pike is the one that Fox and Chernin Entertainment want to to star with Sons Of Anarchy’s Charlie Hunnam in the Paradise Now helmer Hany Abu-Assad-directed The Mountain Between Us for Fox 2000 and Chernin Entertainment. An adaptation of the Charles Martin book, the film is a harrowing tale of survival and a love story. Ashley is a writer catching a flight from Salt Lake City and heading East for her wedding. Ben is a doctor returning from a medical conference. When their flight is cancelled due to a broken de-icer, the strangers agree to charter a ride, only to see the pilot suffer a heart attack and crash into a desolate snowy mountain region. He breaks ribs and she suffers a leg fracture. Fortunately, aside from a doctor he’s an avid climber, and as he struggles to get her down from the mountain in harsh weather, she begins to realize that maybe she was headed to marry the wrong guy.


“Gone Girl” actress Rosamund Pike is in early talks to star in Fox 2000 and Chernin Entertainment’s adaptation of “The Mountain Between Us” opposite Charlie Hunnam.

Hany Abu-Assad (“Paradise Now”) will direct the survival love story, which is based on Charles Martin’s novel about two people who survive a plane crash in the mountains.
J. Mills Goodloe and Scott Frank wrote the script.

Peter Chernin, Jenno Topping and David Reading are producing the film, which will shoot at the end of 2015.

Casting News Movies Rosamund Pike The Mountain Between Us