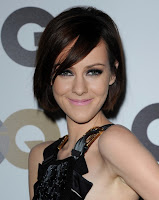 Variety reports that Jena Malone has been cast in the feature film adaptation of Henrik Ibsen’s classic play A Doll's House. She is cast along with Ben Kingsley, Julian Sands (The Girl with the Dragon Tattoo), and Michele Martin (Assisting Venus). They are set as the leads in the adaptation. Charles Huddleston (Assisting Venus) is directing the pic which will be a modern day version of Ibsen’s play.

The film centers on “a young woman’s escape from an overbearing husband set during today’s recession.” Martin will play Nora Helmer, the young wife of a banking executive. Malone will take on the role of Nora’s friend Christine, who must choose between her loyalty to her friend or her own future, with Kingsley playing the Helmers’ friend Dr. Rank and Sands set as Nathan, “a professional in the seedy world of lending desperate people money.”

Ibsen’s Norwegian play was first published in 1879, and centers on a debt crisis.  The film is set to start filming in January 2012.
A Dolls House Casting News Jena Malone Movies