The line-up for the 2011 Venice Film Festival has just been announced or rather revealed (via Variety and Collider). The official full line-up will be announced this Thursday. Three of the films premiering and competing at the festival are: Keira Knightley's new film, A Dangerous Method (with Michael Fassbender and Viggo Mortensen), Carey Mulligan's other new film, Shame (with Michael Fassbender), and one of Colin Firth's new films, Tinker Tailor Soldier Spy.

Synopsis: Seduced by the challenge of an impossible case, the driven Dr. Jung (Michael Fassbender) takes the unbalanced yet beautiful Sabina Spielrein (Keira Knightley) as his patient in A DANGEROUS METHOD. Jung’s weapon is the method of his master, the renowned Sigmund Freud. Both men fall under Sabina’s spell. 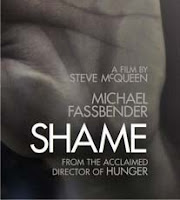 Synopsis: A drama centered on 30-something Brandon, his myriad sexual escapades, and what happens when his wayward younger sister moves in with him.