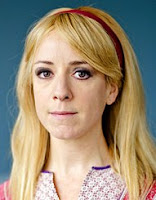 Watch the trailer here or below as well as read synopsis about it (after the cut)...

Watch a preview trailer below... 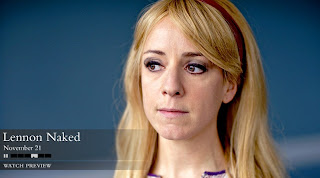 
Behind the genius, outspokenness, and mischievous antics of the much-loved "smart Beatle," John Lennon (Christopher Eccleston, Doctor Who), is an artist whose struggle with childhood abandonment by his father shapes and nearly undermines his every relationship. Between 1967 and 1971, the tumultuous and wildly creative "studio years" for the Beatles, John Lennon is mired in an unhappy domestic life with his wife, Cynthia (Claudie Blakley, Return to Cranford), and his young son, Julian, the objects of his cruel indifference. Trying to reconcile the sudden death of Beatles manager Brian Epstein and the reintroduction of his long-estranged father, Freddie Lennon (Christopher Fairbank, Tess of the D'Urbervilles), into his life, John sees himself at once as a martyr and a gadfly. Far from being the gentle icon of world peace that he would later become, John embodies his credo that an artist has to destroy as well as create. It's only when he falls in love with avant-garde artist Yoko Ono (Naoko Mori, Torchwood) that John finds the inspiration to enact change in his and Yoko's own unique way, from a cloud of white balloons to the publicity-generating "Bed Peace." Ultimately, their partnership breaks him from the Beatles and Britain itself. Together, they leave country and family behind for New York City, starting over. Lennon Naked also stars Andrew Scott (Sherlock) and Rory Kinnear (Mansfield Park).