Actress Keira Knightley, then 17, arrives at the premiere of the film that launched her to international stardom, "Bend It Like Beckham," on April 11, 2002 in London. As you'll see in this gallery, Knightley has grown from a fondness for skinny jeans to a rewarding embrace of Chanel and other major labels. Now 25, Knightley is known as one of the film world's most fashionable stars as well as an accomplished actress.

Check out Keira's ever-changing fashion styles below when she was promoting Pride & Prejudice in 2005 in premieres (ie. TIFF, London, NYC, and Germany) and attended the British Independent Film Awards, Golden Globes, Oscars, and Vanity Fair Oscar Party. They were my favorite Keira Knightley fashion style and look. In my opinion, she looked the best when she was promoting P&P movie. Loved the dresses she wore esp. the TIFF, Golden Globes, and Oscar dresses/gowns.

Suddenly, Knightley takes a turn toward the more fashionable as she attends a photocall to promote "Pride and Prejudice" in Hamburg, Germany on July 25, 2005. (Photos by Getty Images)

Keira Knightley arrives at the U.K. premiere of "Pride and Prejudice" at the Odeon Leicester Square in London on Sept. 5, 2005. (Photo by Dave Hogan/Getty Images) 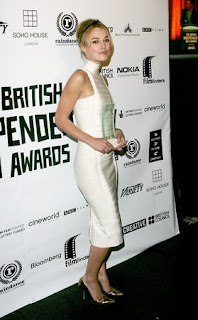 Keira Knightley arrives for the British Independent Film Awards at the Hammersmith Palais in London on Nov. 30, 2005. (Photo by Getty Images)

Keira Knightley, in Valentino, arrives at the Universal/NBC/Focus Features Golden Globe after party held at the Beverly Hilton in Beverly Hills, Calif., on Jan. 16, 2006. (Photo by Getty Images) 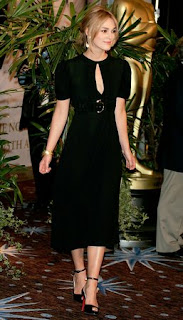 Keira Knightley arrives at the Oscar Nominees Luncheon at the Beverly Hilton Hotel in Beverly Hills, Calif., on Feb. 13, 2006. (Photo by Getty Images) 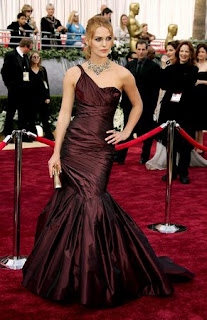 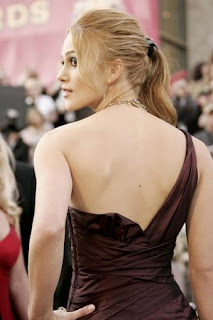 Keira Knightley wears a Vera Wang gown to the 78th annual Academy Awards at the Kodak Theatre in Hollywood, Calif., on March 5, 2006. (Photo by Getty Images) 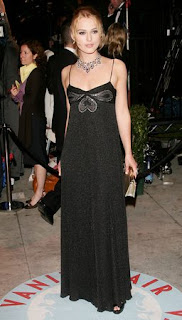 Keira Knightley changed into something a bit less formal after the show to attend the Vanity Fair Oscar Party at Mortons in West Hollywood, Calif., on March 5, 2006. (Photo by Getty Images)
Keira Knightley Star Style