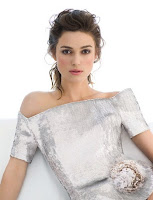 Check out these interesting and Fun Facts about Miss Keira Christina Knightley! 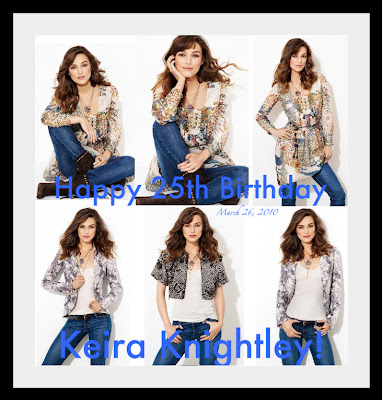 P.S. Speaking of birthdays or in this case anniversary, my P&P (2005) Forum turns 4 years online today too! I created the P&P fan forum the same day as Keira's birthday 4 years ago today (of course, unaware at the time that it was her birthday, lol). So, yeah, there are 2 reasons to celebrate today and every year...KK's b-day and the P&P forum. How cool, eh?

Update: To celebrate Miss Knightley's birthday and 4 years of my P&P forum...I thought I'd do a lil' P&P DVD Giveaway contest here. It's a standard DVD (new) and two random lucky winners will each win a free P&P DVD prize sponsored and brought to you by yours truly. :)


For more details on how you can enter to win a free P&P dvd and, of course, find out what special features/bonus extras  is on the DVD. 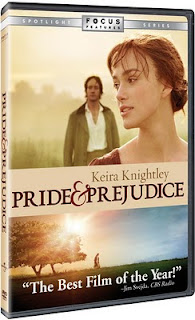 One of the greatest love stories of all time, Pride & Prejudice, comes to the screen in a glorious new adaptation nominated for four Academy Awards® including Best Actress Keira Knightley. When Elizabeth Bennett (Knightley) meets the handsome Mr. Darcy (Matthew MacFadyen), she believes he is the last man on earth she could ever marry. But as their lives become intertwined in an unexpected adventure, she finds herself captivated by the very person she swore to loathe for all eternity. Based on the beloved masterpiece by Jane Austen, it is the classic tale of love and misunderstanding that sparkles with romance, wit and emotional force. Critics are calling it "Exhilarating. A joy from start to finish" (Carina Chocano, Los Angeles Times).

Good luck to all participants/entrants!!!

How to enter and win your free DVD copy of the 2005 film, “Pride & Prejudice”? Simple. Just leave a reply/comment either wishing Miss Knightley a Happy Birthday or anything P&P related (with your name and valid email address) here in this blog post (only one comment per entrant allowed!), and on April 1st (Thursday), I will draw two lucky winners in random. Then, I'll announced the two random winners here or in a new post sometime early next week/early April. Next, I will email you (two lucky winners) for your snail mail addresses, and both of you will have one week to reply, or you will default your P&P DVD to someone else. So, be sure to reply as soon as you received an email from me.