On TV/Online: Watch Cranford on PBS

Cranford, the BBC mini-series aired the first of the three episodes last Sunday, May 4th. The 2nd episode will air on May 11 (Mother's Day), and the last one will be on the 18th on Masterpiece.

As previously posted here, Judi Dench, Philip Glenister, Francesca Annis and Michael Gambon star in Elizabeth Gaskell's five-part period drama which follows the small absurdities and major tragedies in the lives of the people of Cranford.

Recently, Cranford was nominated with 7 BAFTA and won at least one award for Eileen Atkins for Best Actress. 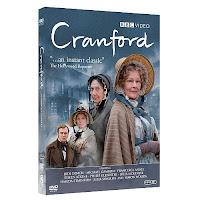 The Region 1 DVD for Cranford will be available May 20th.

Masterpiece now made it available to watch online (for those of you missed the first episode aired and who are outside the US).

Note: Be sure you have QuickTime and Windows Media to view the video.